Well, Saif Ali Khan is not just the husband of Karisma Kapoor’s sister Kareena Kapoor Khan but the Nawab of Pataudi has also been a co-star to Karisma in films like Hum Saath Saath Hain! Besides that, they have also been good friends in real life. While his relation with her sister Kareena progressed to the next level, Karisma and Saif continue to retain their camaraderie even today. And the actress, who replaced Kareena for one of the episodes of Dance India Dance 7 as the judge, spoke about her relationship with Saif wherein she revealed that she has a gift that was given by the actor and it continues to remain special! 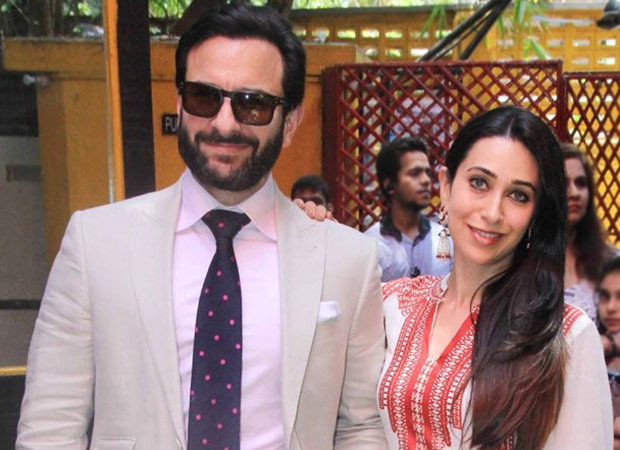 It is a known fact that Karisma Kapoor and Kareena Kapoor Khan are not just sisters but also best friends. The two were recently spotted in London spending time together with their family. While Kareena got busy with the shoot of Angrezi Medium, the actress couldn’t take time off to shoot for Dance India Dance 7. Hence, the popular 90s diva and Kareena’s sister Karisma decided to fill in her shoes and needless to say, she too was quite excited to be a part of it. During the show, the actress spoke about her journey in the film industry and that’s when she spoke about her long-time friendship with Saif Ali Khan. She also revealed that one of her most cherished possessions which is a pair of earrings, was gifted to her by her actor - brother-in-law.

Furthermore, she was also all praises for the star and stated that he is one of the coolest and chilled out person and also added that he is an amazing human being. Saif Ali Khan too is currently in London with the rest of the Kapoor family as he is shooting for the comedy Jawaani Jaaneman. The film marks the debut of Pooja Bedi’s daughter Aalia F.