The Kapoors and Khans are in London for work. Saif Ali Khan, Kareena Kapoor Khan and their little one Taimur Ali Khan headed to London for their respective projects and also some downtime with their families. Karisma Kapoor also flew to London with her kids Samaira and Kiaan Raj. Earlier this week, Kareena's mom Babita Kapoor also reached London for birthday celebrations of Karisma Kapoor. 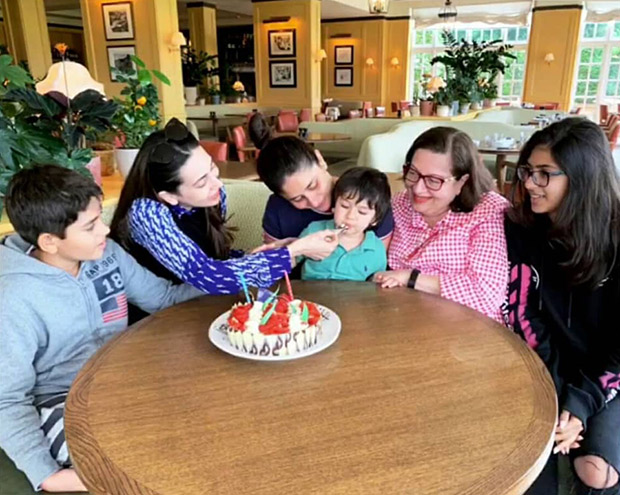 Karisma Kapoor, on June 25, turned 42 and was chilling by the pool on Tuesday. They also had an intimate celebration and photo of it is going viral on social media. In the photo, Kareena is seen feeding cake to little one Taimur while all the Kapoors are captured in a candid moment. Besides the mother-son duo, Karisma Kapoor was seen with Babita and her kids.

Kareena Kapoor Khan, on the work front, is in London to shoot for Angrezi Medium alongside Irrfan Khan. The actress will be next starring in Good News and Takht. Karisma Kapoor, on the other hand, is returning to acting with ALTBalaji’s Mentalhood.