Well, we all know the time Sara Ali Khan confessed about her crush for Sonu Ke Titu Ki Sweety star Kartik Aaryan. And when the latter was asked on the same, he too blushed about it. While there is a lot more to happen on that front and expectations are riding high, the newbie now gets an advice from Kareena Kapoor Khan. Readers would be aware that Sara had also told on Koffee With Karan that she shares a friendly camaraderie with Kareena, who is father’s second wife. Keeping that friendship in mind, Kareena recently had some pearls of wisdom for the Simmba star. 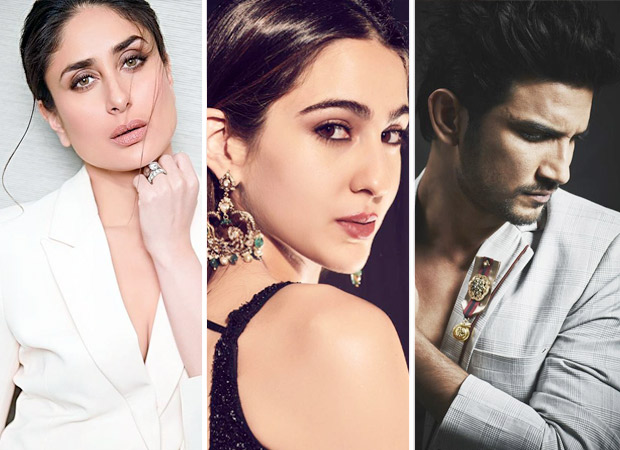 In a recent chat show, where Kareena Kapoor Khan was accompanied by her bestie Amu aka Amrita Arora Ladak, the latter had to ask a few questions to the Veere Di Wedding actress. One amongst them was what would be her advice for Sara Ali Khan. And then, pat came the reply from Kareena, “Don’t date your first hero.” Was it true or did she just take a dig at Sushant Singh Rajput who was Sara’s co-star in Kedarnath, we wouldn’t know about that! It seems that there were link-up rumours about the two during the film’s release but the speculations soon died down.

Kareena Kapoor Khan is known for her candid nature and the actress has time and again confessed uninhibitedly about many things during chat shows. In this one too, she revealed about one annoying habit of her hubby Saif Ali Khan. The actress stated that she often gets annoyed when he insists on having a foot massage every time, whether he is on an aircraft or airport lounge.