Readers would be aware that Kareena Kapoor Khan is currently vacationing with her family in London, which is also the actress’ favourite city. She has been sharing several glimpses from her holiday on social media where she not only caught up with her friends like Karan Johar and Manish Malhotra, but she was also spending time with the Kapoor clan. In fact, she even met sister-in-law and co-actress Alia Bhatt in the city where the latter is shooting for her Hollywood debut. Now she has shared another interesting photo from the city and this time, it is with her second son Jeh. 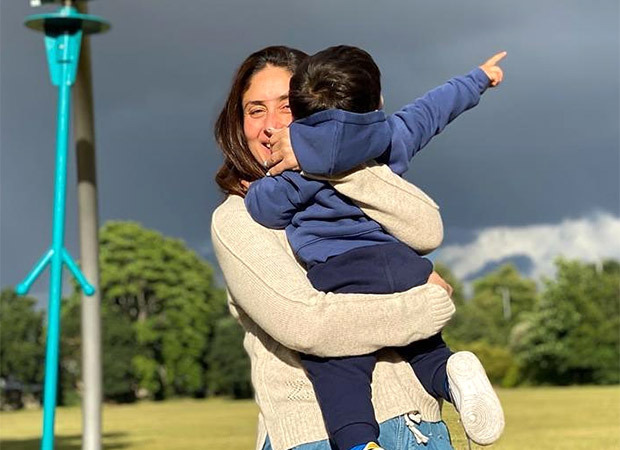 Kareena Kapoor Khan enjoying this ‘rainbow’ moment with son Jeh will fill your heart with love!

After completing the schedule of the Sujoy Ghosh directorial, Kareena Kapoor Khan took off to London with husband Saif Ali Khan, children Taimur Ali Khan and son Jehangir Khan aka Jeh. From spending time alone to spending it with them, the actress posted many photos and videos from her trip. Her recent picture from London is a lovely photo of her holding Jeh tightly, as the latter seems fascinated by the rainbow in the background. She posted saying, “Can we cuddle under a rainbow always and forever…?? ???????? cause there is nothing else I want or no where else I would rather be…♥️#MyJeh baba... ???? #Summer2022”

While the actress continues to enjoy her vacation, she will soon be returning for her next release Laal Singh Chaddha. Kareena Kapoor Khan will be seen playing the leading lady of Aamir Khan in this Bollywood remake of Tom Hanks’ Forrest Gump and it also marks the Hindi debut of South star Naga Chaitanya. Kareena will also be making her OTT debut with a Netflix thriller that is an adaptation of the Japanese novel Devotion of Suspect X. Starring Jaideep Ahlawat, Vijay Varma among others, the Sujoy Ghosh directorial is yet to receive its title.