Most times celebrities keep their kids guarded from the press. But not Kareena Kapoor Khan. She makes sure that her tiny tot accompanies her on sets and events. Well, Bebo makes no bones about the fact that Taimur is movie stars’ son and does not make a big hula boo when he gets papped or is given a celebrity status, despite barely being a toddler. Recently, he accompanied his momma to Mehboob Studios in the city for an ad shoot. Incidentally, the ad was being shot by director Punit Malhotra who is associated with Dharma Productions who made Student Of The Year. Kareena began chatting with him, jokingly saying that she made sure she got his ‘Student Number Five’, indicating at Taimur! The moment he heard this and Punit began to interact with him, he yelped in pain. Kareena ushered in her vanity van. 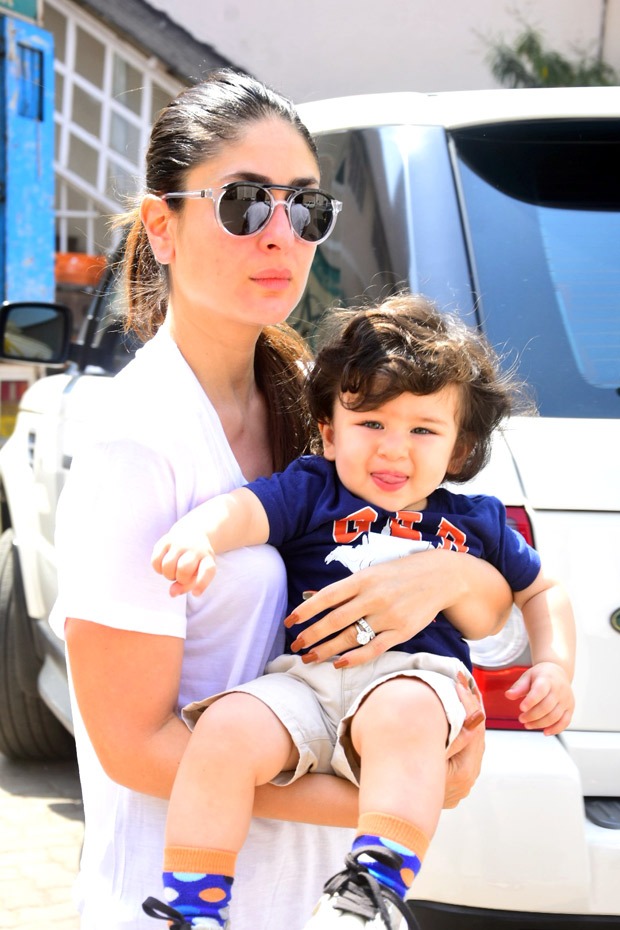 It is very clear that Bebo would expect him to be an actor. No we are not taking the nepotism debate further but well let’s face it. He is born in a filmy family of producers, actors and filmmakers. The world is expecting him to make a smashing debut! As of now, he has no inkling of what is in store for him.

Just recently he was snapped when he visited his cousin Inaaya (Soha Ali Khan-Kunal Kemmu’s daughter) for her ‘half birthday’. Aside from Taimur, the media can’t get enough of the fact of the uncanny similarity between Innaya and Taimur. Needless to say, she is his favourite play date and like any older brother, he seems to be protective about her. Cute, na? Check out his video down below and get your weekend dose of cute right here.