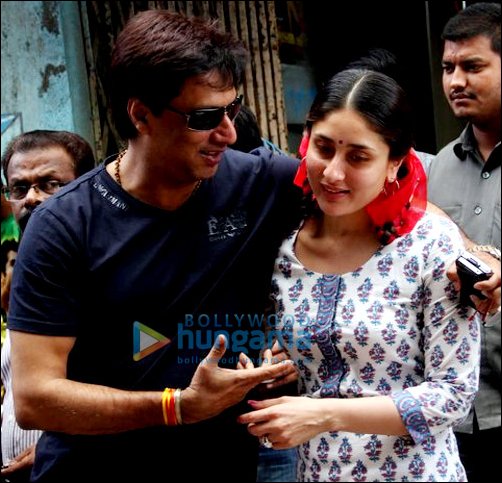 National Award winning director Madhur Bhandarkar's next film Heroine has been making headlines for the reason possible. The film's shoot currently underway with Kareena Kapoor as the lead actress, is based on the life and times of a superstar heroine from the dream factory we call 'Bollywood'.


Bollywood Hungama came across an image that features director Madhur with Kareena in her gaon ki chori look from the film. Tweeting about the film Madhur posted the image saying, "#Kareena on the sets of #Heroine in the "gaon ki chori" look."

He further even clarified about the unveiling of the first look of the film at Cannes saying, "Media reporting that 1st look of #Heroine is going to be launched in Cannes are baseless."

Heroine is which also stars Arjun Rampal and Randeep Hooda is set for release this September.

Lisa Ray reveals she had a cancer relapse a…

Kareena Kapoor shows what her work from home…