Karan Johar is all set to make his directorial comeback with the upcoming film Rocky Aur Rani Ki Prem Kahani. The film, which stars Alia Bhatt and Ranveer Singh in the lead, have a dreamy-looking set and every aspect screams that it is indeed a Dharma Productions film. The film is currently on its 91st day and the Singh is shooting in Delhi whereas Alia has wrapped her parts and returned to Mumbai. 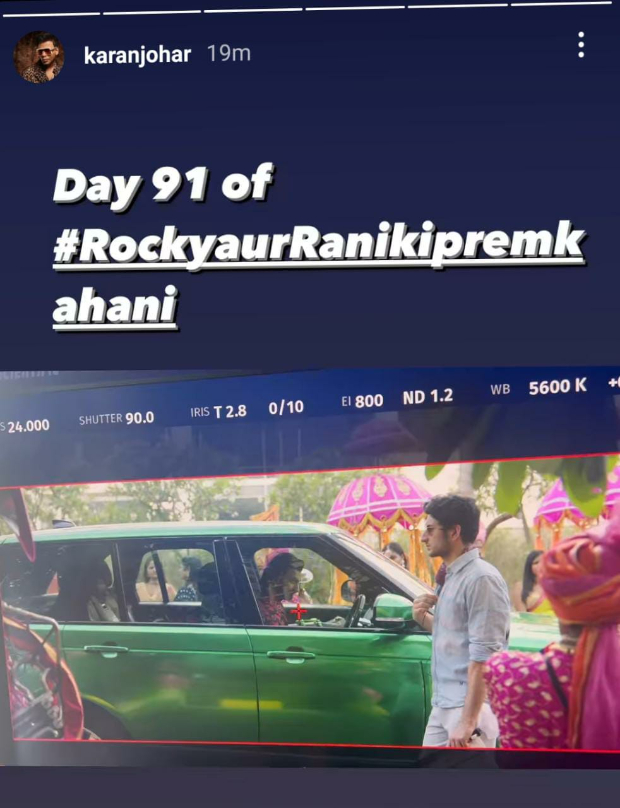 Karan Johar on Friday shared a behind-the-scenes video on his Instagram stories where the scene was been set up. Ranveer Singh is in his element inside a car whereas the green car is surrounded by people. You also see Saif Ali Khan and Amrita Singh's son Ibrahim Ali Khan in the clip who is serving as an assistant director on the project.

Meanwhile, the team of Rocky Aur Rani Ki Prem Kahani shot a major chunk of the film in Delhi last year. The team recently shot for an elaborate dance sequence in Mumbai, Alia was spotted in a black lehenga while Ranveer was spotted in a neon green kurta for the shoot. The film also stars Jaya Bachchan, Dharmendra, and Shabana Azmi. The film releases on February 10, 2023.