Unveiling its biggest slate to date in India, at its maiden Prime Video Presents India showcase event in Mumbai, Amazon Prime Video on Thursday announced over 40 new titles, in Hindi, Tamil, and Telugu, across original series, original movies, and co-productions that it plans to launch over the next 24 months. Dialing up its strategy of bringing the best and latest movies to consumers across languages, Prime Video announced new multi-year licensing deals and co-productions with some of India’s biggest and most successful studios. Prime video also announced its foray into original movie production in India with films in Hindi and Telugu, to be released directly on the service. The service recently completed half a decade of super-serving customers in India and announced that it will more than double its investment in Prime Video India over the next 5 years. Karan Johar confirmed exclusive streaming rights for Dharma Productions' next three films and announced four new original series coming on the platform. 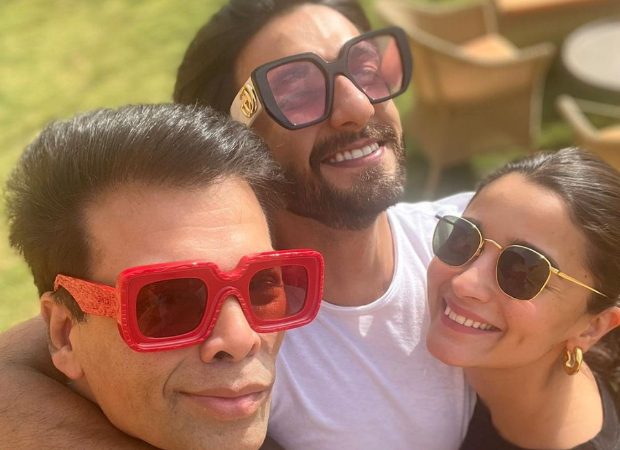 One of the four series' to be announced is Call Me Bae which is about a billionaire fashionista who is disowned by her ultra-rich family, owing to a salacious scandal and for the first time in her life, has to fend for herself. On this journey, she overcomes stereotypes and discovers who she really is. Produced by digital wing Dharmatic Entertainment, the show is written by Ishita Moitra, Samina Motlekar, and Rohit Nair.

The second series is India Love Project which is a docuseries that shares the inspiring love stories of real people from across the country where each episode tells an unusual yet hopeful story through the eyes of the real couples.

The third one is a film titled Aye Watan...Mere Watan which is inspired by true events, it is the story of a young girl who became uniquely instrumental in the freedom fight for Indian independence. The series is helmed by Kannan Iyer and written by Darab Farooqui.

The fourth project is yet to be announced. Karan took to Instagram to confirm the news, "It’s going to be an entertainment packed year with @dharmamovies & @dharmaticent - in collaboration with @primevideoin. After the success of #Shershaah & #Gehraiyaan, we have a line up of 3 films streaming on your home screens after the big theatres - #JugJuggJeeyo, #GovindaNaamMera & #RockyAurRaniKiPremKahani. Marking the beginning of @dharmaticent relationship - we have 1 thrilling film based on true events called #AyeWatanMereWatan and 4 new series kickstarting with #CallMeBae & #IndiaLoveProject. Exciting times and stories ahead, stay tuned to witness it all! @apoorva1972."