There are always lookalikes of celebrities and often seen on social media. But, how often do the fans get to see doppelgangers of their favourite celebrities? Karan Johar came across his doppelganger this morning and he is left speechless. 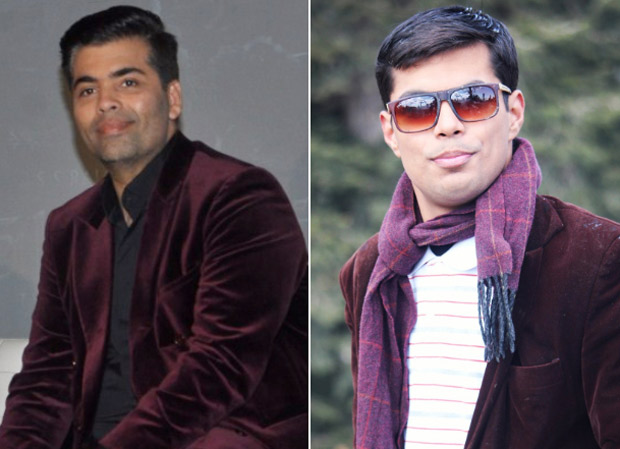 On Thursday, Karan Johar took to his Twitter account to reply to a fan who claims that he looks like him. “People says i do look like @karanjohar is it??,” the man had written. Replying to the tweet, he wrote, “Few tweets leave me speechless....this is one of them." The fan also shared a couple of screenshots from his WhatsApp where a lot of people told him he resembled Karan Johar. In the photo, he is wearing a velvet plum jacket and shades and the uncanny resemblance can't be denied.