Bollywood actor Aamir Khan is very honest when it comes to giving his opinion and views on any topic. A few years back Karan Johar on his show mentioned how Aamir Khan had dodged the lead of Kabhi Khushi Kabhie Gham during the screening of the film as he had disliked it. Karan also pointed out that half the industry is scarred with the actor's inputs. 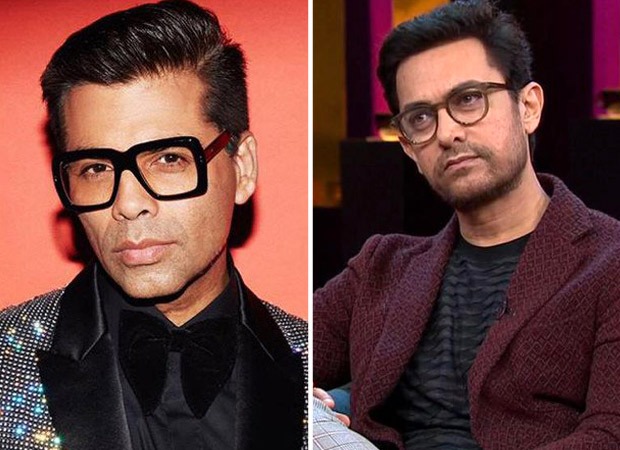 However, Karan Johar who directed Kabhi Khushi Kabhie Gham confronted Aamir when he came on season 4 of his chat show with his wife Kiran Rao. On the show, Karan remembering the day when the film was screened a day before it's release told Aamir Khan that he remembers him not liking the movie and thinking what to do since half the industry was in the movie. Karan said that he saw Aamir dodging all six stars of the film who were waiting outside the theatre after the screening.

In response to Karan's statement, Aamir nodded in approval while Kiran Rao had a hearty laugh. Aamir Khan had to finally admit that he did not like the film which featured Amitabh Bachchan, Jaya Bachchan, Shah Rukh Khan, Kajol, Hrithik Roshan and Kareena Kapoor in the lead.

Meanwhile, on the work front, Aamir Khan was shooting for his upcoming film Laal Singh Chaddha before the lockdown. The film which is a remake of the Hollywood film Forrest Gump also features Kareena Kapoor Khan. The film is scheduled to release on Christmas this year. On the other hand, Karan Johar is currently working on his multi-starrer project Takht and will start shooting once the lockdown is lifted.