Filmmaker Karan Johar is back on Television with the sixth season of his entertaining chat show, Koffee With Karan. The new season began with Bollywood’s blockbuster leading ladies, Alia Bhatt and Deepika Padukone. As this year’s theme is to bring interesting duos to the coffee couch, the latest duo to film Koffee With Karan episode is Ayushmann Khurrana and Vicky Kaushal. 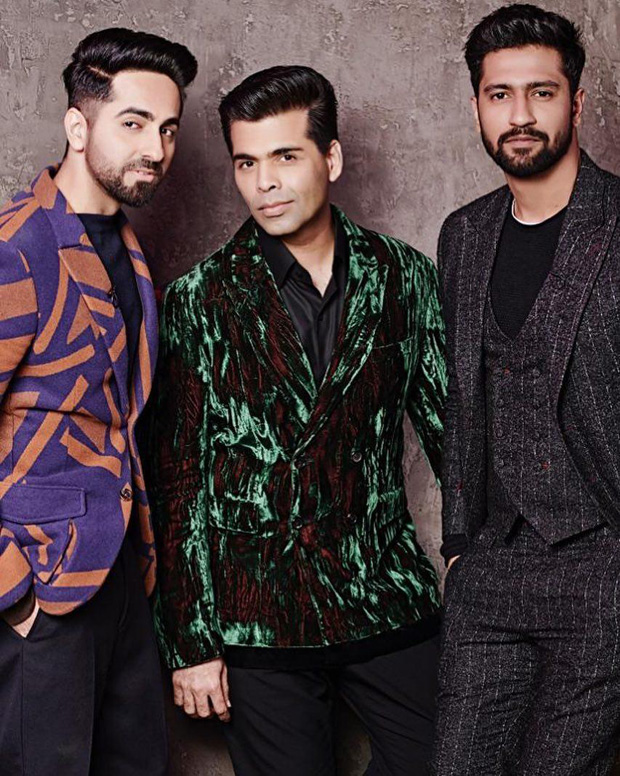 Ayushmann Khurrana was definitely the breakout star of 2017 with two films Bareilly Ki Barfi and Shubh Mangal Savdhaan in his kitty. In 2018, he has skyrocketed with the stellar AndhaDhun and Badhaai Ho in the same month of October. As the audience continue to love and praise both the films, the actor is definitely the star of the year. Vicky Kaushal has had a tremendous 2018 with two successful Netflix films - Love Per Square Feet and Lust Stories and blockbuster hits Sanju and Raazi. With that being said, the two stars are all set to make their debut on this season of Koffee With Karan. Karan shared a picture after filming the episode today and captioned it, "With the talented actors and super fun boys!!! @ayushmannk and @vickykaushal09 ! Super episode of #koffeewithkaran."