Filmmaker Karan Johar is back on Television with the sixth season of his entertaining chat show, Koffee With Karan. The new season began with Bollywood's blockbuster leading ladies, Alia Bhatt and Deepika Padukone. As this year's theme is to bring interesting duos to the coffee couch, the latest duo to film Koffee With Karan is Diljit Dosanjh and Badshah. 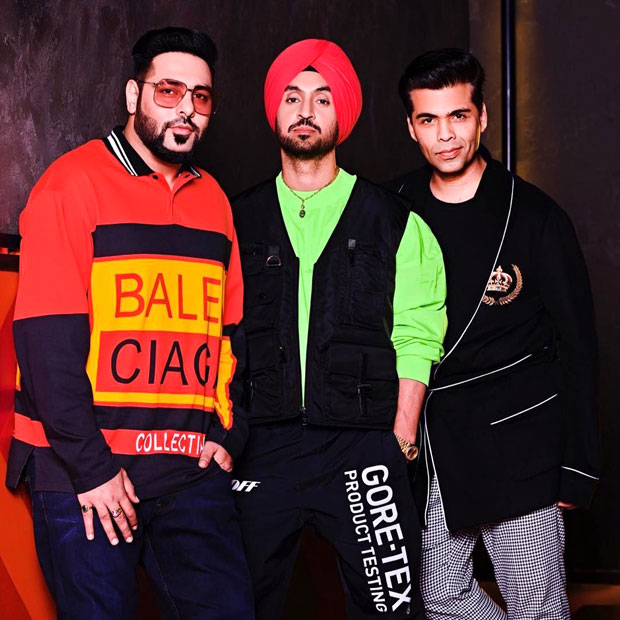 Diljit Dosanjh, Punjabi Rockstar, who made his Bollywood with Udta Punjab and Badshah who has given chart-topping hits one after another. The two of them made their debut on the show and Karan shared picture from the shoot. He captioned the photo, "Koffee with the RAPSTAR and the ROCKSTAR! @badboyshahand @diljitdosanjh."

Badshah and Diljit Dosanjh have been friends since their days in Punjab. They have even collaborated on a song 'Move Your Lakk' which was featured in Sonakshi Sinha starrer Noor and 'Proper Patola'. Karan Johar and Badshah have not only been friends for a while now, he has also been on Dharma Productions' hit tracks like 'Kar Gayi Chull' from Kapoor and Sons and 'Saturday Saturday' from Humpty Sharma Ki Dulhania.