Ranveer Singh and Alia Bhatt were on the sets of the Kapil Sharma Show yesterday, and the trio had a blast during the shoot of their upcoming episode. Ranveer and Alia, as we all know, were there to promote their upcoming film, Gully Boy. The movie is based around the lives of local rappers Divine and Naezy. 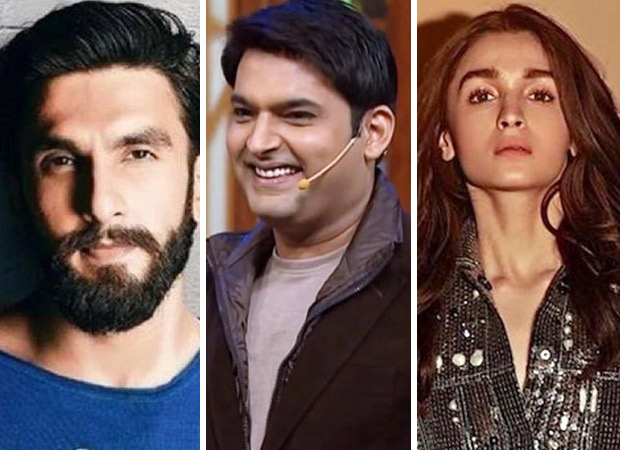 The duo was busy pulling Kapil’s leg in between the shots. Ranveer was even seen sending out flying kisses to his wifey, Deepika Padukone and referred to her as ‘tumhaari bhabhi’ when asked about it. Apart from all the fun, Alia Bhatt and Ranveer Singh revealed a poster that read Funny Boy and had Kapil’s face morphed on the poster. Alia went on to say that Funny Boy will release in the coming year and that Zoya Akhtar has already roped him in for the film.

Check out the unveiling video here.

Gully Boy will be hitting the silver screens on Valentine’s Day and has created quite a stir among the crowds already. Helmed by Zoya Akhtar, the songs of the film are already a hit and we can’t wait to see how well it performs at the box office.

Kapil Sharma says that he will work with…