Indian women have come a long way making their way towards achieving their dreams and passion. Two such females are sharpshooters Chandro and Prakashi Tomar who will be seen gracing the sets of Sony Entertainment Television’s The Kapil Sharma Show. Accompanying them will be actress Bhumi Pednekar, Taapsee Pannu and Vineet Kumar to promote their movie, Saand Ki Aankh. The movie is based on the real-life incidences of Shooter dadis from U.P. who started learning shooting at the age of 60 in 1999 having won 20+ national championships till date. 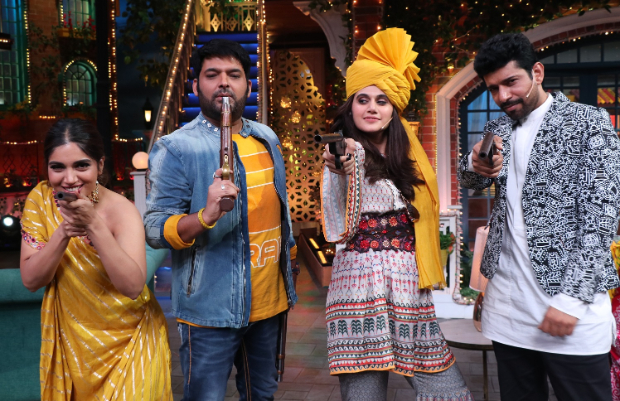 Bhumi and Tapsee will be seen sharing their true struggles to essay their characters from the movie and revealing captivating insights from their previous films as well. Sharing about her experience in the movie, Bhumi shares, “We have done a lot of amusing things for the character. we had to smoke hukkah to portray the village ambience. Gobar ke uple banaye, kachra saaf kiya… and the list is endless. We did this for real and not just for acting.”

In a candid conversation with Kapil, it was revealed that Bhumi had become a maid for a better understanding of the character in her web series Lust stories. Confirming the same, Bhumi narrated, “I am a method actor and I usually do practically to perfectly fit in the role. it is true that I was actually cleaning houses in my building to understand the routine of a maid.” 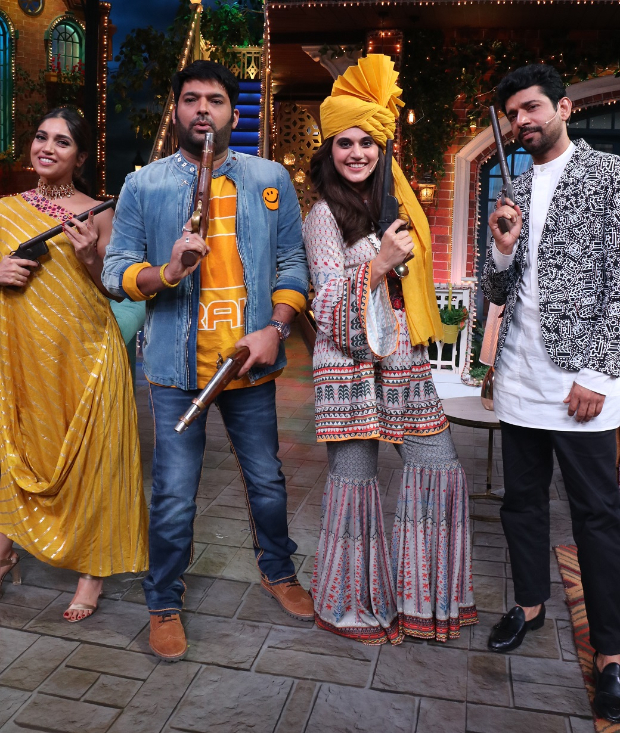 Later in the show, it was revealed that the courtroom is Taapsee Pannu’s lucky charm. Tapsee says, “If I don’t visit a court during my film, the films don’t become a hit.”

Tapsee had been a part of courtroom sequence in her movies like Mulk, Pink, Badla amongst others. For Saand Ki Aankh also she asked the makers to put a small sequence of court. Hence in the movie, there is a sequence of Gram panchayat happening in the village. Taapsee adds, “It seems courtroom drama has become my sub-genre. (Laughs).” 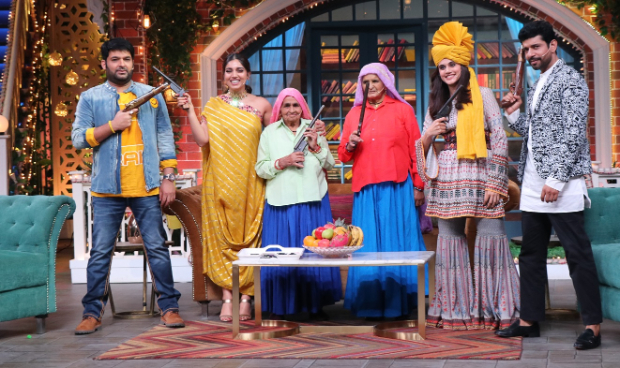 In a candid conversation, Taapsee mentioned that she is planning to do a small wedding with very limited guests. She doesn’t want a big fat wedding. Taapsee runs a wedding planning agency named ‘The Wedding Factory’. She says, “Company chalane ka faida hai ki aapko pata hota hai kaha fizul kharcha hai.” She says she wants to cut down extra expenditure from her future wedding and rather invest in some productive things.

Kapil was highly inspired from Chandro ji and Prakashi ji. The shooter dadis were around 87 year old. watching their spirit kapil humorously commented, “Aapko dekh ke muje lag raha hai apni mummy ko bhi gun de du”. When asked how did they face societies’ criticism they had only one thing to say, “Mazak udaya logo ne, hum kaan behre kar ke lage rahe.” Bhumi says that she sometimes feels lazy to do routine tasks but when she sees shooter dadis she gets charged up.