The Kapil Sharma Show has been inviting artists from all the eras to ensure complete entertainment for the viewers sitting at home. This week’s episode had Poonam Dhillon and Padmini Kolhapure as the guests and the two divas spoke in detail about their respective careers and how retiring at the age of 25-26 was quite common while these days’ actresses begin their careers around the same age group. 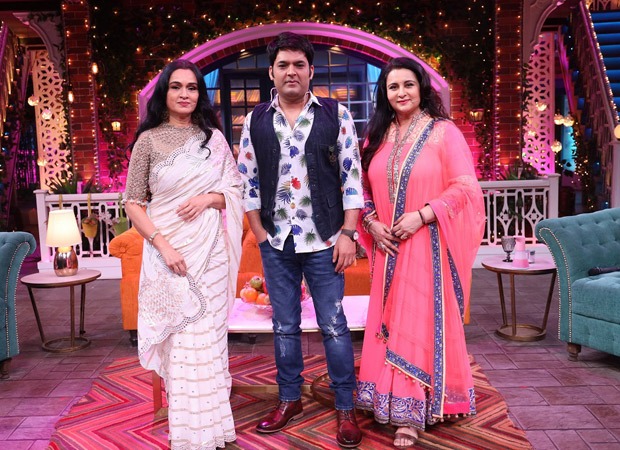 Going down memory lane, Padmini Kolhapure and Poonam Dhillon spoke about their respective costars and whom they were most comfortable with. Poonam even went on to say that Padmini Kolhapure would have had another 10 years of a successful career had she not tied the knot at the age of 21. She also pointed out that during their days, actresses retired around the age of 25-26 while today they barely begin their career at the same age.

Padmini Kolhapure revealed that she would get nervous during her scenes with Rajesh Khanna since she was a huge fan of his work and was most comfortable in working with Mithun Chakraborty. As for Poonam Dhillon, working with Rishi Kapoor was the easiest for her. She further said that he would switch from one mood to another in a matter of seconds and was a gifted star.

Also Read: The Kapil Sharma Show: Kapil Sharma reveals that Krushna Abhishek was hesitant to play the role of a woman