The upcoming episode of The Kapil Sharma Show will be full-on entertaining as Bollywood’s charming boy Karik Aryan, beauty with brains Bhumi Pednekar and graceful Ananya Panday will be seen spilling out interesting tales from the shoot of Pati Patni Aur Woh. Actors will be seen discussing about their future plans and revealing fun stories from their personal life. Having a gala time on the set, Kartik will be seen shaking legs on 'Dheeme Dheeme' with some of his fans. Whereas Ananya and Bhumi will be seen playing ‘Guess the name of the vegetable game’ with Kartik. 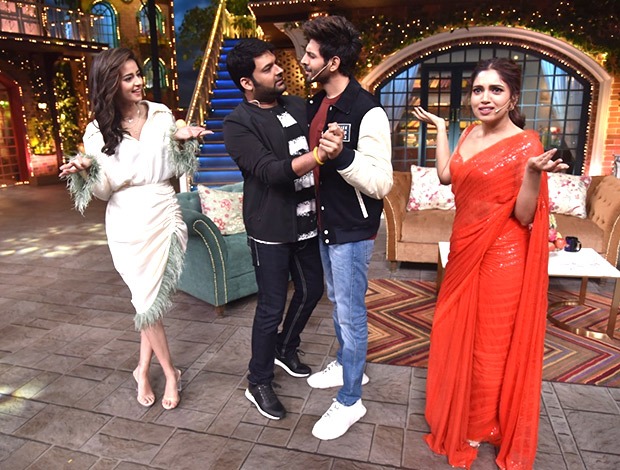 In a candid conversation, Kapil tried to enquire about the rumor that Kartik completed shooting for 'Dheeme Dheeme' song in one take so that he gets rewarded with kisses. Kapil adds, “Yes I have seen the video.” Ananya mentions, “Yes, I was there when this happened. All the girls in the set actually kissed him. The entire song turned out to be very energetic and powerful.” 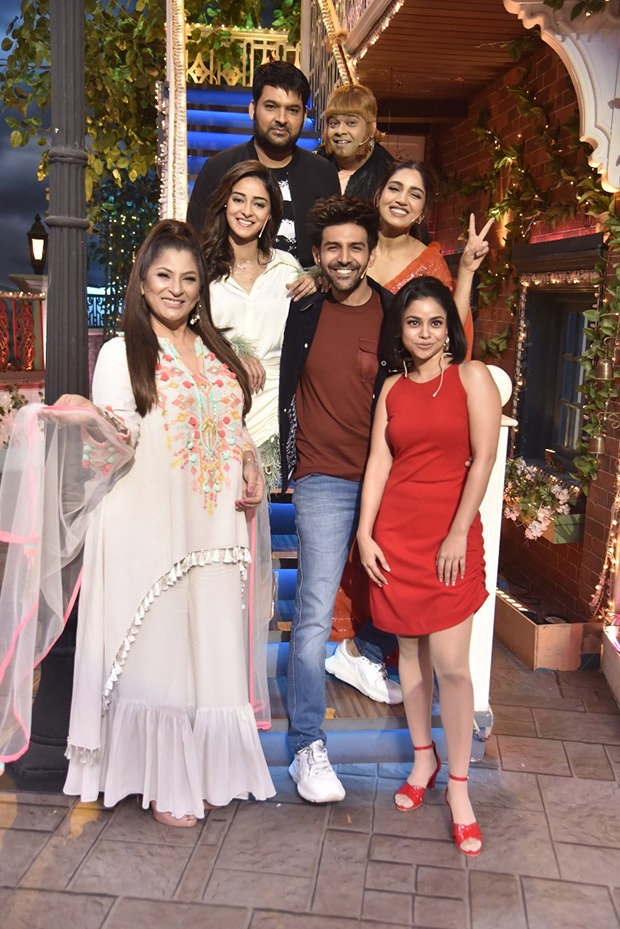 Narrating the incident, Kartik mentions, “Yes this is true. Bosco sir mentioned that all the girls around here will kiss me If I complete shooting the entire song in one take. Consequently, I was rewarded with kisses from choreographer girls and dancers.” 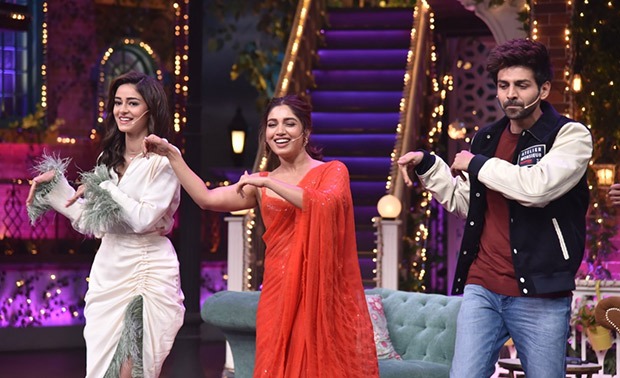 Continuing the conversation, Kapil adds, “Now, I will also do the entire 2 hours episode of the show in one take”. Archana responds, “Yes you will get kisses from Sapna (laughs).” 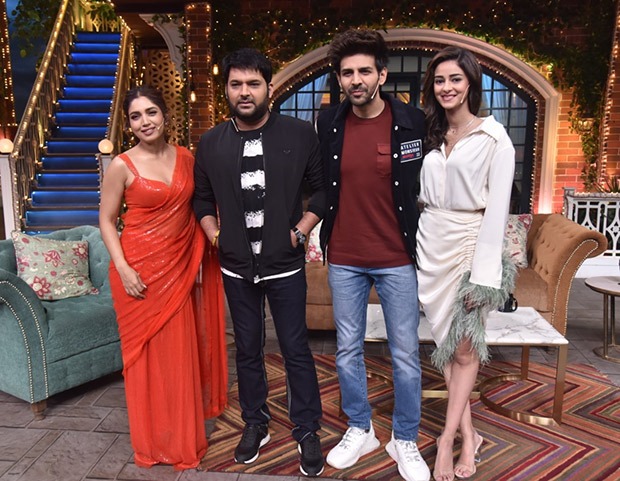 Further, in the show, Bhumi Pednekar will be seen revealing about her future projects. In a conversation, she mentioned that she will be soon seen playing the character of ‘Ghost’ in her next film. Adding further she says, “Most of my films were shot in UP. I am willing to go on outdoor shots in Nepal, Bhutan, and Lakshadweep. I definitely love UP but want to explore more states and countries.” 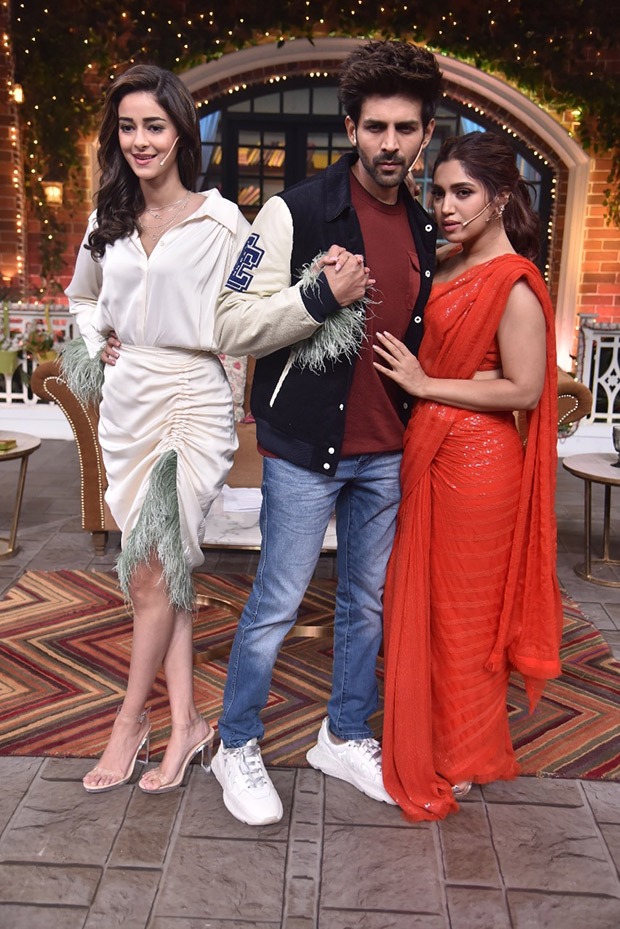