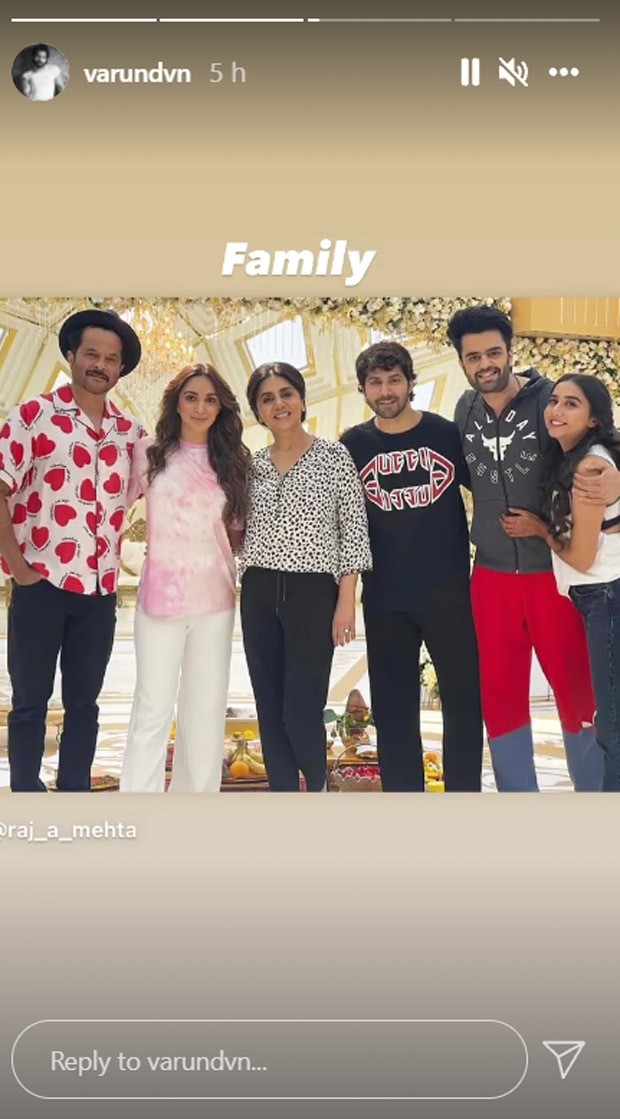 The picture was originally shared by Jug Jugg Jeeyo director Raj Mehta. The latter had shared it on Instagram with the caption, "As we inch closer to the end of shoot slowly and steadily, I’m constantly reminded of what a “special” experience making this film has been. Could have only happened with special artists like these! @neetu54 @anilskapoor @varundvn @kiaraaliaadvani @manieshpaul @mostlysane."

The film’s cast recently got together to rehearse a song choreographed by Bosco Martis. Directed by Raj Mehta and produced by Hiroo Yash Johar, Karan Johar, and Apoorva Mehta, the romantic drama went on floors in Chandigarh in December last year.

However, the shoot was paused many times due to the second wave of the COVID-19 pandemic. Varun and Neetu had tested positive for the virus during the shoot. While Neetu was flown to Mumbai for treatment, Varun had quarantined himself in Chandigarh itself.

Jug Jugg Jeeyo marks Neetu's comeback to films after the death of Rishi Kapoor. Neetu and Rishi had shared screen space in 2013 film Besharam, which starred their son Ranbir Kapoor in the lead. The film however, did not do well in he box office.