Actress Hema Malini and her daughter Esha Deol will be appearing on comedian Kapil Sharma's show in the coming weekend. The two will be seen spilling some entertaining information from their private lives. 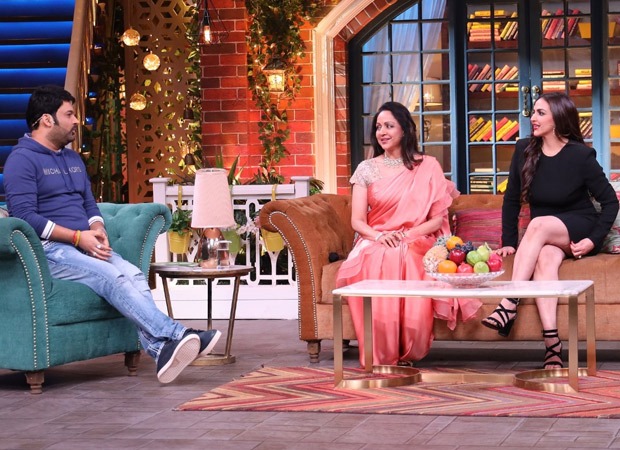 In the teaser of the upcoming episode, Kapil Sharma can be seen praising Hema Malini for the names she gave both her daughters and even said the same for Esha Deol who is the mother of two. Kapil tells the audience that Esha is not much of a talker and has even asked her friend to talk to her husband when she is too tired. Esha agreeing to it said that she has a friend who sounds like her and used to talk to Bharat when she was too tired. She revealed she is like her mother in that sense.

Esha then went on to reveal that once her mother slept midway during a romantic conversation with her father Dharmendra. Hema Malini justifying that said that she was shooting overnight back then and was way too tired to talk. She further said that even romantic conversations should be done in a limited manner. Everyone burst out laughing hearing the same.