This weekend, the ongoing comedy show The Kapil Sharma Show is all set to see a unique lineup of guests which include Mallika Sharawat, Ekta Kapoor along with her brother Tusshar Kapoor. The trio made their appearance on the show along with director Mangesh Hadawale to promote their upcoming web series Booo Sabki Phategi which will be streaming on an OTT Platform. The series is a horror comedy starring Mallika Sherawat, Krushan Abhishek, Kiku Sharda and Tusshar Kapoor. During the show the star casts had a gala time revealing some interesting insights and fun tales. 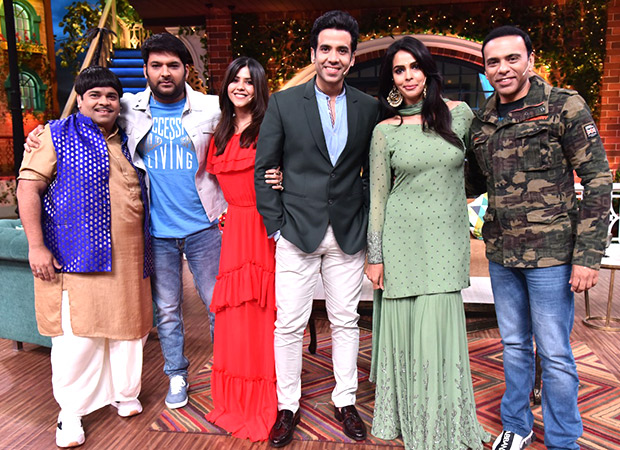 In a conversation it was revealed that Tushar and Ekta have a habit of fighting on silly reasons since their childhood. Ekta shares, “Like every other sibling, Tusshar and I fight a lot. You will be surprised to know that once, when we went on a family trip to Tirupati we both started fighting for some reason. Meanwhile during the fight, Tusshar punched my nose. Later, I immediately dialled the cops.” Ekta even mentioned that the two siblings never go in a same car while on a family trip because they end up fighting each time.

Supporting the details, Tusshar narrated that he used to always be late for school because of Ekta’s fights. He shares, “When we both used to go to school we used to have a very dangerous fight that we even tore each other’s collar buttons. In such cases we had to rush back home to change our clothes and so we used to get late for our school.”

Further in The Kapil Sharma Show, Tusshar also acted out a sequence from his upcoming series Booo Sabki Phategi, leaving the audience in splits.