Tiger Shroff, Ananya Panday and Tara Sutaria are currently promoting their forthcoming film Student Of The Year 2. From making public appearances to reality shows, the trio has had hectic schedules and their recent stop was The Kapil Sharma Show. During the same, Archana Puran Singh who has worked in many Bollywood films left Tiger in shock when she revealed that his father owed her money. 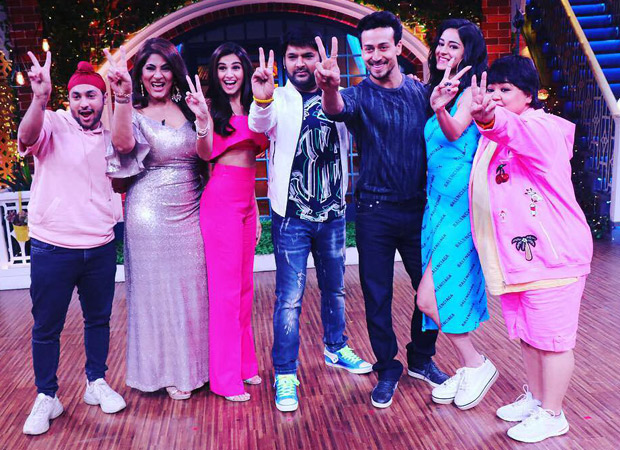 During the said episode, Archana Puran Singh revealed that Tiger’s father Jackie Shroff owed her Rs. 5. She further went on to elaborate on the incident wherein she mentioned that this was during Jackie’s struggling days, when he used to give money to the beggars and he would often borrow money from her to give it to them. Even though the revelation came as a surprise to Tiger Shroff, the young actor and every one of us definitely know all about the generous heart of Jaggu Dada, don’t we? Followed by this revelation, Kapil too joked about it with Archana and later asked Tiger to confront his father and ask him to pay off all his debts, albeit in a funny way!

If reports are to be believed, the latest episode is expected to be a fun filled ride with not just Tiger Shroff but also the newbies Ananya Panday and Tara Sutaria. Besides cracking jokes on Jaggu Dada, Kapil Sharma also cracked some wits on Ananya’s father and actor Chunky Panday.  The show explores many topics from SOTY 2 featuring Hollywood superstar Will Smith to having Bharti Singh and Kiku Sharma sporting their usual avatars of Guddu and Bachcha Yadav and entertaining the guests with their gags.

Student Of The Year 2, directed by Punit Malhotra and produced by Karan Johar, is expected to release this week, on May 10.

Also Read: “Tiger Shroff is an incredible dance partner” – Tara Sutaria on her Student of the Year 2 co-star