This Sunday(Nov 21), get ready to laugh out loud with Sony Entertainment Television’s most loved comedy show, The Kapil Sharma Show. Gracing the sets will be Salman Khan, Aayush Sharma, Mahima Makwana along with director Mahesh Manjrekar to promote their upcoming film Antim: The Final Truth. 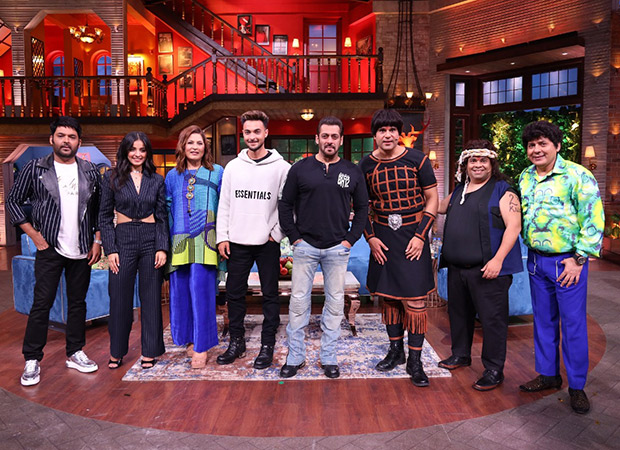 Engaging with the host, Kapil Sharma, the quartet will share some interesting details from their film and reveal funny anecdotes from their lives both, professionally and personally. Not only that, but the cast of the show, Krushna Abhishek, Kiku Sharda, and Sudesh Lehri will also be topping up the entertainment quotient with their hilarious acts.

Watch on as Salman Khan enters the set on a bicycle and then talks about his fitness regime. Also, the ‘Blockbuster Khan’ reveals what he did in the lockdown and how his upcoming film took him to Russia.