Kapil Sharma recently resumed the shoot of his television show  'The Kapil Sharma Show' along with his team. They resumed shooting after 125 days. On Tuesday, the comedian took to his Twitter handle to give a glimpse into his green room. 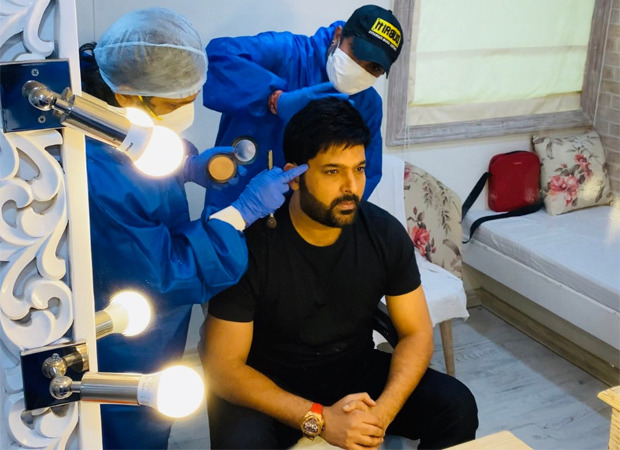 In the picture shared by Kapil, he is seen getting ready for the shoot with the help of two others who are doing his hair and make up. Both of them are seen covered in a PPE Kit. Sharing the image, Kapil wrote, "विश्वास की डोर के साथ बंधे हैं हम एक दूसरे के साथ, वरना मुझे तो यह भी नहीं पता के यह आदमी मेरे ही हैं या किसी और के #shooting #shootlife #newnormal #2020 #tkss #thekapilsharmashow #comedy #fun #laughter”(We are bound to each other by the thread of trust. Otherwise I don't even know whether these people are mine or not.)

Three days back, Kapil had shared videos of how his team members Bharti Singh, Sumona Chakravarti and Krushna Abhishek were screened and sanitised on their arrival on the set.