On Friday, actor-producer Sohail Khan turned a year older. The actor had organised a birthday party at his residence in Mumbai. Family and close friends of Sohail khan from the industry were invited to the party. Some of the celebrities who were seen at the celebration were Neha Dhupia, Angad Bedi, Genelia and Riteish Deshmukh, Himesh Reshammiya and several others. 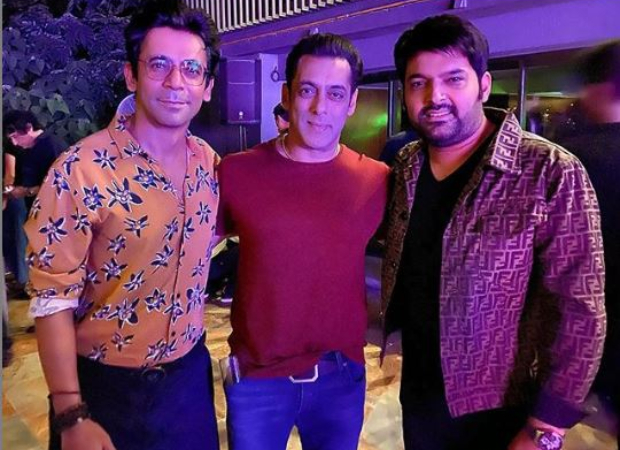 Comedian Kapil Sharma was also present at the celebration. He took to his Instagram to share a candid picture with Salman Khan and comedian Sunil Grover. " #Brothers night #happybirthday @sohailkhanofficial Bhai ❤️ @beingsalmankhan @whosunilgrover #celebrations #bday ????????????", he captioned the pic.

Sunil Grover and Kapil Sharma were working together on the latter's comedy show. But, Sunil Grover decided to part ways with Kapil following a mid-air spat when the team was on their way back from Australia in 2017. Ever since several fans have been requesting Sunil Grover to come back on the show. Sunil Grover had portrayed characters like Guthi, Rinku bhabhi and Dr Mashoor Gulati among others on the show.