Actress Priyanka Chopra will soon be seen on the Indian silver screen after a gap of three years. The actress is currently busy promoting her upcoming film The Sky Is Pink in which she will be seen opposite Farhan Akhtar. The actress recently came on The Kapil Sharma Show to promote her film. 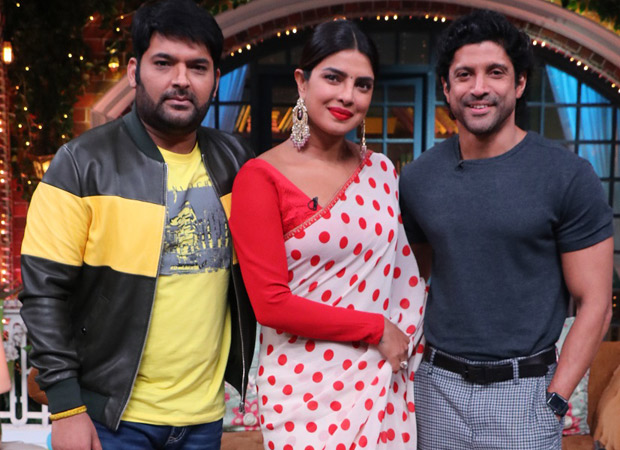 Kapil Sharma who is known for asking hilarious questions did not spare Priyanka either. The host reminded Priyanka Chopra that the two of them had got married to their respective spouses in the month of December last year. While talking about marriage, Kapil Sharma asked Priyanka whether Nick Jonas touched her mother, Madhu Chopra's feet or just gave air-kisses. To this, Priyanka replied, "Dono ke beech mei! Bechara hug karta hai mummy ko!" (Nick takes the middle ground and hugs his mother-in-law). Priyanka’s mother Madhu Chopra who was present in the audience also nodded in agreement to her answer.

While on the topic of the wedding, Priyanka Chopra revealed that Nick Jonas had flown to India 10 days before the wedding to help with the preparations. Priyanka said that Nick was so involved that he even fetched a gas cylinder.

Meanwhile, Priyanka Chopra's film The Sky is Pink recently premiered at the Toronto International Film Festival, where it received a standing ovation. The film is directed by Shonali Bose and also stars Farhan Akhtar, Zaira Wasim, and Rohit Saraf. The film is slated to release on October 11.

Also Read: Hina Khan reveals how overwhelmed she was when Priyanka Chopra Jonas introduced her as an Indian star at Cannes 2019