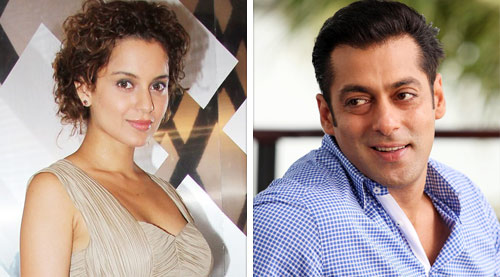 Actors have always had their way while shooting for a film, be it in terms of script alterations, support casting, marketing of the film etc. The latest to join the club of
actors who constantly involve themselves in this is none other than Kangna Ranaut. In fact we hear that Kangna Ranaut who has been on a high with the back to back success of her recent releases,
has apparently become very finicky about having her way with the projects she is working on. Last heard she had even wanted to be made co-director in Rangoon, but those rumours were soon
quashed. However the latest we hear is that Kangna, who has now become one of the most sought after actresses in the industry recently turned down a major production house that had offered her a big budget film.

Apparently, Yash Raj Films (YRF), who usually cast actors associated with their brand, were more than eager to cast Kangna Ranaut for their upcoming venture, making it their first film together. But whatâ€™s interesting to note is that despite having big names (Deepika Padukone, Parineeti Chopra and Kriti Sanon) contending for the female lead in Sultan, YRF offered the movie to her. In fact YRF apparently offered Kangna the Salman Khan starrer Sultan along with two other independent films for which she could quote her fees no holds barred.

Following the offer, Miss Ranaut who has made it her prerogative to have a say in the progression of the film, accepted it putting all her demands in terms of price and script consultation which
YRF agreed. However, later Kangna backed out when she realized that apart from remuneration she might not be able to dictate terms, especially when Salman Khan is involved. And hence rather than agreeing to play second fiddle to Salman, she decided to opt out of the film.

Though Kangnaâ€™s perspective on her value to the film does hold water, especially with Salman Khan top lining the filmâ€™s cast, we wonder whether it was her inability to be able to call the shots for the film that really caused her to opt out? However, Kangna Ranaut did make it clear that she is still open to doing films with YRF which she has communicated to Adi Chopra. But if the grapevine is to be believed, Salman Khan has not taken this too lightly, as he believes the â€˜Queenâ€™ has become too big for her boots.