Bollywood actress Kangana Ranaut and a section of her fans are excited about her upcoming release, Emergency, ever since she dropped its teaser. Thus, the actress keeps her fans updated with the development through her verified social media handle. In her latest post on Instagram, Ranaut announced the Assam schedule wrap of the upcoming film along with a few BTS. 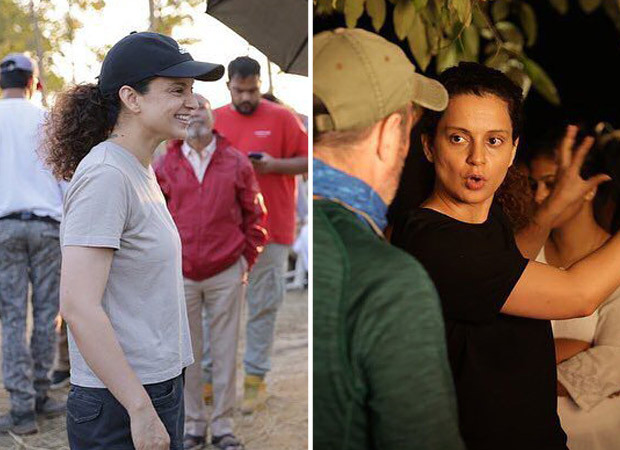 In the behind-the-scenes photos, the actress-turned-director can be seen busy shooting and scouting at different locations in the Indian state. In a few shots, she can be seen sharing a hearty laugh with the crew while in others, she can be seen discussing the frames. Instagramming the multiple-picture post, Kangana wrote, “Some BTS stills from Emergency Assam schedule.” It is worth mentioning here that a couple of hours before sharing the below post on her media feed, the Queen actress had announced the wrap through an Instagram story.

Within a few hours, many from her Insta fam, especially from Assam, took to the comments section and showered love on the Bollywood diva. “Thankyou for coming to Assam,” wrote a user, while another commented, “Nice you had visited my place.” On the other hand, her co-star Mahima Chaudhry also reacted to the post with a heart-eye emoticon.

Such an honour and privilege to get his support and encouragement,” the actress wrote in the caption of her post giving a peek into her meeting with the politician.