Ajay Devgn and Tabu starrer Drishyam 2 finally arrived at theatres on November 18. Ever since the film was released, it has managed to garner a positive response from the critics as well as the audience. While the film is performing well at the box office, a bunch of celebrities have also dropped their review for the film. Joining the bandwagon, actress Kangana Ranaut has also taken to her social media handle and shared her two cents on it. 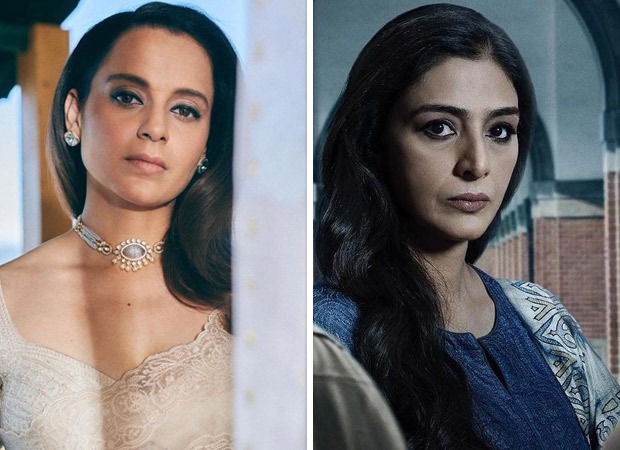 The Tanu Weds Manu actress further added, “Her talent and consistency has never been questioned but to look her best and reach the peak of her stardom in her fifties is commendable...I think women deserve much more credit for their unwavering dedication to their work...such an inspiration,” followed by a couple of applauding emoticons. 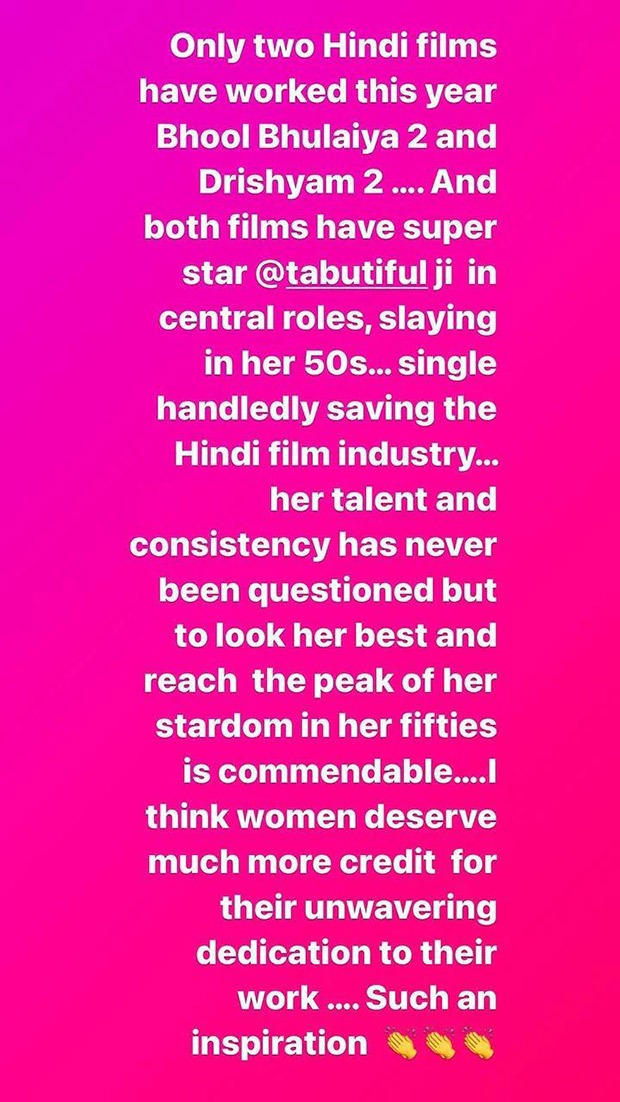 Talking about the business of Drishyam 2, it has been seeing an upward spiral since its release. The sequel of the 2015’s film collected Rs. 15.38 cr on Day 1. The sequel continues after a seven-year leap. While the main star cast repressed their respective characters, Akshaye Khanna joined the series as a new cop.

Coming to Ranaut, the 32-year-old actress is currently shooting for her next, Emergency. In the forthcoming film, she will be seen playing the titular character of the late Indian politician and Prime Minister Indira Gandhi. Along with her, the film will also feature Shreyas Talpade, Anupam Kher, and Mahima Chaudhry, among others.

Also Read: Govinda Naam Mera trailer launch: Kiara Advani hands over the ‘golden girl’ tag to Tabu: “Right now, (golden girl) is Tabu ma’am after the SUCCESS of Bhool Bhulaiyaa 2 and Drishyam 2. She has taken over!”