Kangana Ranaut has been busy with her work commitments. After the trailer launch of Dhaakad, the actress met with Uttar Pradesh Chief Minister Yogi Adityanath on Sunday at his official residence in Lucknow. 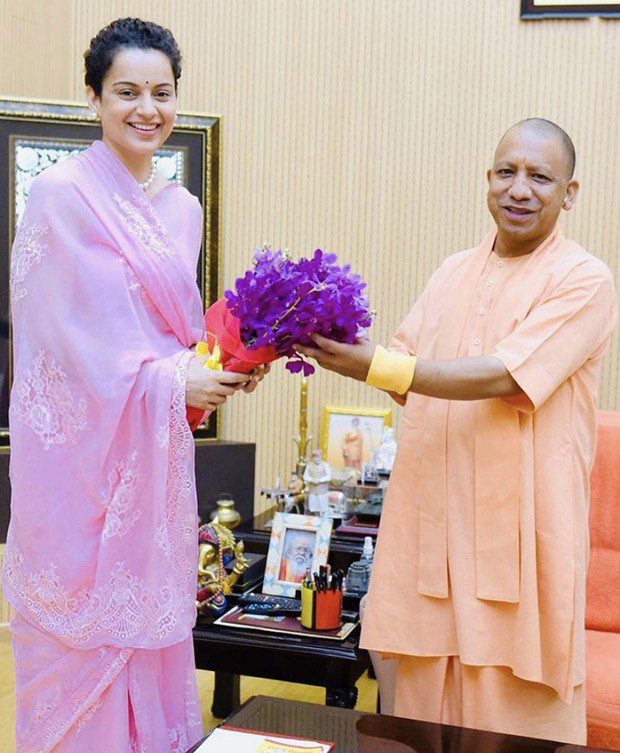 The two of them met again on Sunday evening,  and Kangan Ranaut shared photos on her Instagram account, “Today, I had the tremendous opportunity of meeting Maharaj @myogi adityanath ji following his resounding electoral victory," Kangana captioned her Instagram image about them. It was a fantastic evening... Maharaj ji's compassion, care, and commitment never cease to astonish me... I'm humbled, honoured, and inspired...”

Meanwhile, Kangana Ranaut will be seen in action avatar in Dhaakad releasing on May 20.  She will also appear in Tejas, which will be released on October 5. She will make her digital debut as a producer with the film Tiku Weds Sheru, with Nawazuddin Siddiqui and Avneet Kaur in lead roles.