Aditya Roy Kapur is all set to impress us with his back to back movies: Kalank and Sadak 2. While the first one is a big budget period film directed by the 2 States fame filmmaker Abhishek Varman, the second flick is a sequel to Mahesh Bhatt’s classic Sadak which originally starred Sanjay Duty and Pooja Bhatt. Interesting facet about both these films is that Aditya will get to work with Alia in both Kalank and Sadak 2. While,Kalank has an ensemble cast which includes Adtiya Roy Kapur - Sonakshi Sinha, Varun Dhawan - Alia Bhatt and Madhuri Dixit - Sanjay Dutt, Aditya will be share screen space with Alia and Sanjay in Sadak 2. 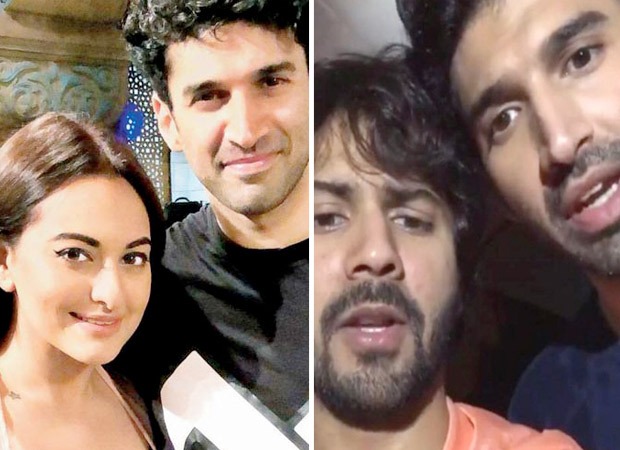 The actor recently opened up about both his projects and claimed that though he will be seen with Alia in both these projects, it's going to be very diverse and masses will be in for a surprise. He also revealed that he felt very sad after Kalank wrapped up because he along with Sonakshi, Alia and Varun were a great team and had lots of fun while filming. He said that he was looking forward for promotions as they will get together one more time then and chill together. He also claimed to have got front row seats to watch drama enfold between Madhuri and Sanjay as they worked together in Kalank after decades!

Aditya also made his debut on social media, thus jumping on the bandwagon with other celebrities. Looks like he is finally ready to get back in the game again.