Filmmaker Abhishek Varman, who helmed 2 States in the year 2014, is all set for yet another interesting story and this time it is a period drama titled Kalank. The film is Dharma Productions’ collaboration with Fox Star Studios and Nadiadwala Grandson Entertainment. It brings together an ensemble cast including Varun Dhawan, Alia Bhatt, Sonakshi Sinha, and Aditya Roy Kapur. The film also marks the return of Sanjay Dutt and Madhuri Dixit together after many years on the big screen. 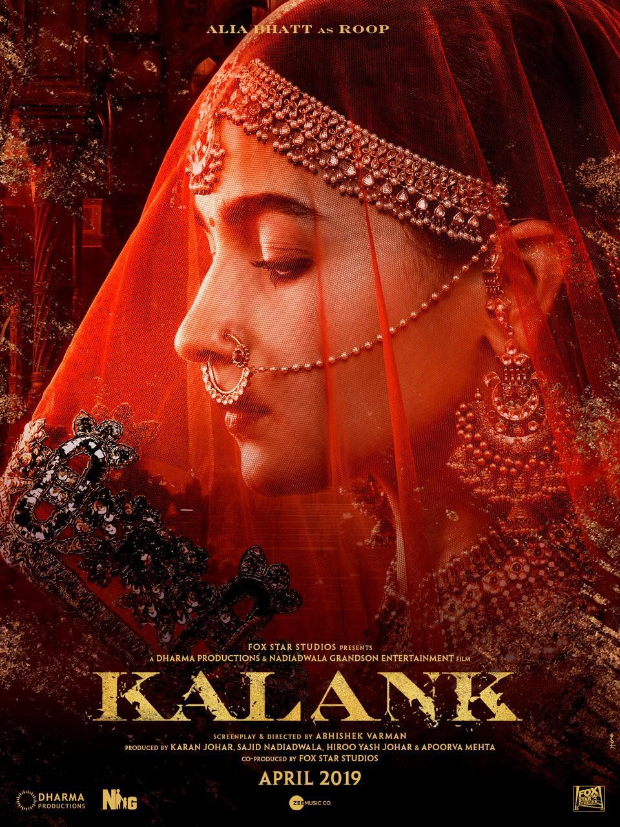 On the occasion of International Women's Day 2019, the makers will be introducing the Women of Kalank starting with the leading lady Alia Bhatt. The first look features Alia in a red lehenga as she has covered her face with dupatta.  With heavy jewellery including matha patti and jhumkis, she looks ethereal in the first glimpse of her role as Roop. She is young, bold and fierce at heart. 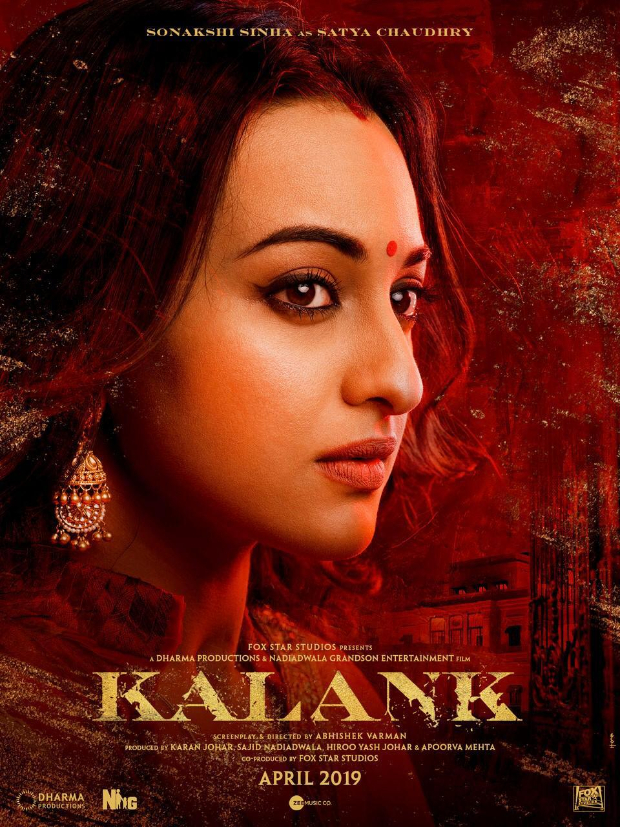 The second character poster is of Sonakshi Sinha who stuns as Satya Chaudhary. The actress reeks of grace and beauty in her first look. Dressed in red and gold, Sonakshi is an absolute beauty. Her character is a strong one who holds the family together. 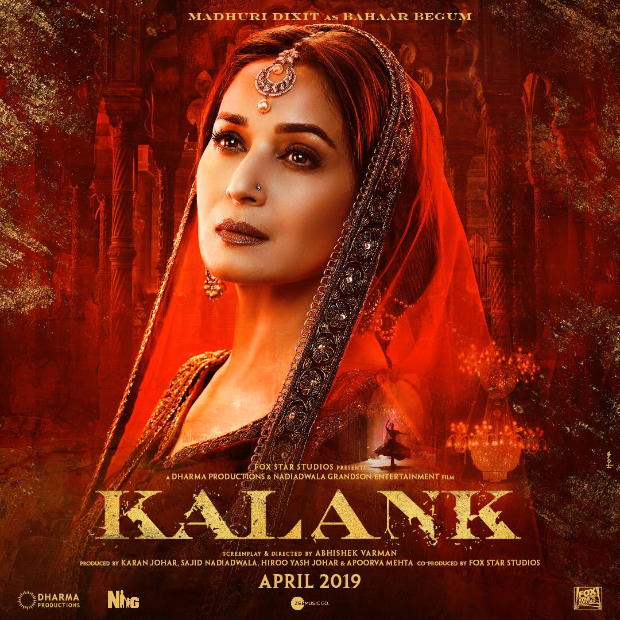 The third character is Bahaar Begum aka Madhuri Dixit. She is the one who has mastered the art of enchantment. The actress looks surreal in all red lehenga with statement jewellery.

Just a day ago, the makers gave a glimpse into the world of Kalank by sharing the first looks of the Men of Kalank - Varun as Zafar, Aditya as Dev Chaudhary and Sanjay as Balraj Chaudhary.

Karan had given a peek into the world of Kalank by giving an insight on the film. “A film that was born in my heart and mind 15 years ago….a film I passionately believe in…the last film my father worked on before he left us….it was his dream to see this film come through….I couldn’t fulfil his dream then….my spirit was broken….but today his wish has found a relationship with celluloid….the story of turbulent relationships and eternal love has found a voice….the film has been woven,nurtured and visualised by ABHISHEK VARMAN….and the film Is KALANK! Set in the 40’s but it’s heart lives on…..TOMORROW the journey begins…..am excited …anxious and emotional about this one…I do hope you join us on our path to undying love…..#KALANK,” he wrote alongside the divine photo of Varun Dhawan and Alia Bhatt. Kalank is set for April 16 release.