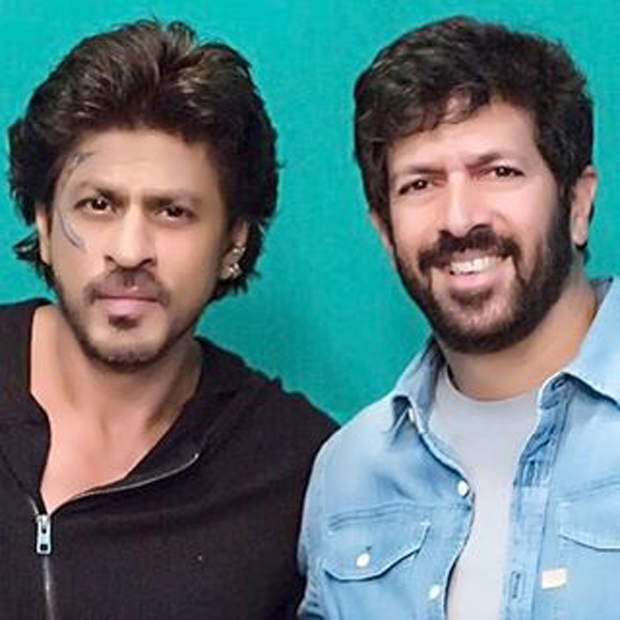 Just a day ago, some fan pictures from the sets of Tubelight featuring Salman Khan and Shah Rukh Khan went viral on the web. Earlier, we had reported that the superstar Khans are coming together for the Kabir Khan directorial and now the filmmaker couldn’t stop himself from sharing a glimpse.

Kabir Khan shared a picture of Shah Rukh Khan in the avatar he will be seen in the forthcoming film Tubelight. The director-producer also wrote a caption along with it where he reminisced about his college days with the superstar and said, “From giving me notes to study in college to now doing a cameo with @beingsalmankhan in my #tubelight Thank u @iamsrk.”

Though we have got a couple of glimpses of Shah Rukh Khan by now, the details of his role are still being kept under wraps. While the alleged cold war between two Khans ended couple of years ago, Shah Rukh Khan and Salman Khan have time and again reunited on the small screen for promotions. The superstar will be appearing at the finale episode of the latest ongoing season of Bigg Boss of which Salman Khan is the host to promote Raees.

On the other hand, Tubelight will see the two actors reuniting on the big screen after almost a decade. The film is said to be a period drama based on the backdrop of Sino-Indian war and marks the debut of Chinese actress Zhu Zhu in Bollywood. It is slated to release on June 23.