DC’s Justice League received mixed reviews when it released back in 2017. The film featured Superman (Henry Cavill), Batman (Ben Affleck), Wonder Woman (Gal Gadot),  Flash (Ezra Miller), Cyborg (Ray Fisher) and Aquaman (Jason Mamoa). But, soon after the release, fans began to demand to release director Zack Snyder’s cut. While Zack did receive sole credit for the film, it was Joss Whedon who had the last say on a theatrical cut when he came on board and did extensive reshoots. But, the fans have continued to talk about #ReleaseTheSnyderCut on social media since the film was simplified and received a lot of flak. 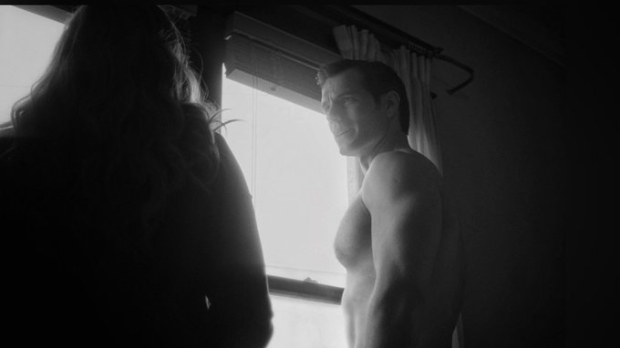 The filmmaker, who likes to use Vero as his favourite social media tool, shared a never-seen-before photo of Clark Kent and Lois Lane aka Henry Cavill and Amy Adams. In the black and white photo, the couple is seen to be having a conversation which looks like Kent farmhouse in Kansas. "You are my Lord and King. You are Arthur," he wrote.

Zack Snyder shared another image on Vero!!! This time with the caption:

"You are my Lord and King. You are Arthur"#ReleaseTheSnyderCut! pic.twitter.com/R7un1tNQnE

Along with it, the filmmaker released tons of photos including an image of Ben Affleck as Bruce Wayne with the caption, "Have you found the secret that I have lost?"

Zack has shared this image of Ben Affleck as Bruce Wayne with the caption:

"Have you found the secret that I have lost?" pic.twitter.com/NA6r9ogJwN

Zack shared another film still and this time of Batman. He wrote, "Who does it serve?"

Zack Snyder has just shared another film still on @verotruesocial, this time of @BenAffleck as Batman with the caption "Who does it serve?" #ReleaseTheSnyderCut pic.twitter.com/cVePC70vNJ

And just like Santa, the boss delivered these presents in the middle of the night! He posted with captions reading:

Gal Gadot, Jason Mamoa among other prominent celebrities have expressed their support to the ongoing "Release the Snyder Cut" movement as fans continue to demand Warner Bros to release the original cut.