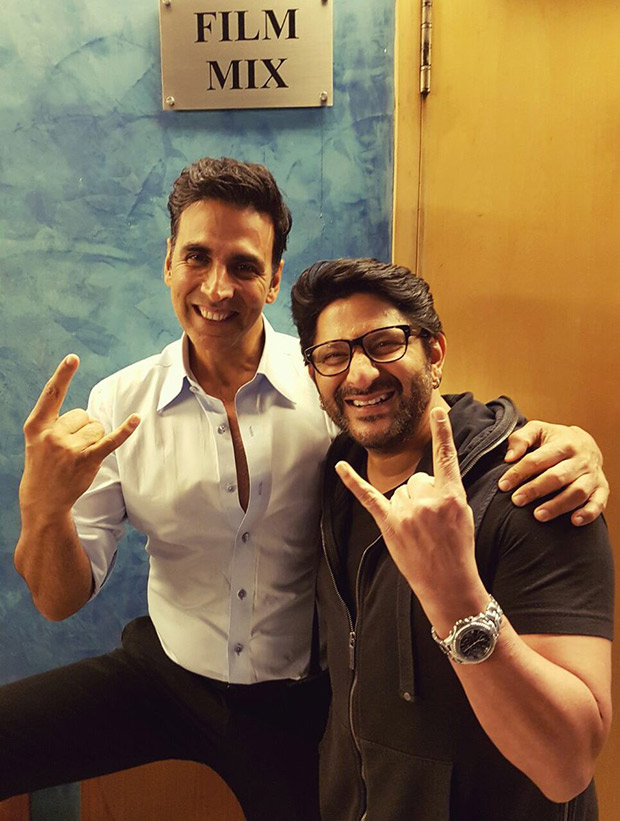 Akshay Kumar is pumped up as his upcoming film Jolly LLB 2 is so close to its release. The actor has been touring the country for the promotions and ended it earlier this week in Lucknow where they had kicked off the shooting schedule.

Everyone is aware that Akshay took over Arshad Warsi’s role in the sequel. There were reports earlier that had suggested that Arshad was clearly unaware of the casting and was annoyed that the role had gone to Akshay. However, he had denied everything saying that he can never have bad blood with director Subhash Kapoor.

Now, putting all rumours to rest, Akshay Kumar had invited Arshad to special screening of Jolly LLB 2 where they got a chance to interact with each other.  He shared a photo with Arshad to put all the feud rumours to rest and wrote, “And a mix it was - Jolly 1 with Jolly 2 Thank u so much @ArshadWarsi for all your support for #JollyLLB2.So glad u made it to the screening.”