In the entertainment world, Anushka Sen and Jannat Zubair Rahmani are the most well-known best friends. The young actors adore posting updates on social media about everything that occurs in their personal and professional lives. Anushka and Jannat are currently well-known on social media and have a sizable fan base. They both have a strong relationship and are frequently seen spending time together. Nowadays, it might be really difficult to find a true buddy, but these two are definitely proving all of us incorrect in that regard. Apart from their bond, both the girls share one thing in common and that is both are fashionistas. Jannat Zubair Rahmani took to Instagram and shared some cool yet cute photos with BFF Anushka Sen. She captioned, “Cute pictures. Crazy times. Sisters at (heart emoji) Partners in crime.” Following the post, Anushka commented, “Always a crazy and fun time with youuu.” In the clicks of their fun time together, Jannat can be seen dressed entirely in black. Black baggy pants and a corset-style blouse with spaghetti straps make up her ensemble. Black sunglasses complete the look. She completed her outfit with a YSL purse and a messy bun. Anushka, on the other hand, is seen wearing a cute striped crop top with midriff flossing and white high-waisted pants. They're both sporting white shoes. The blue Prada purse and sunglasses Anushka wore completed her ensemble. Both females can be seen acting goofy and posing for photos while strolling down the street. 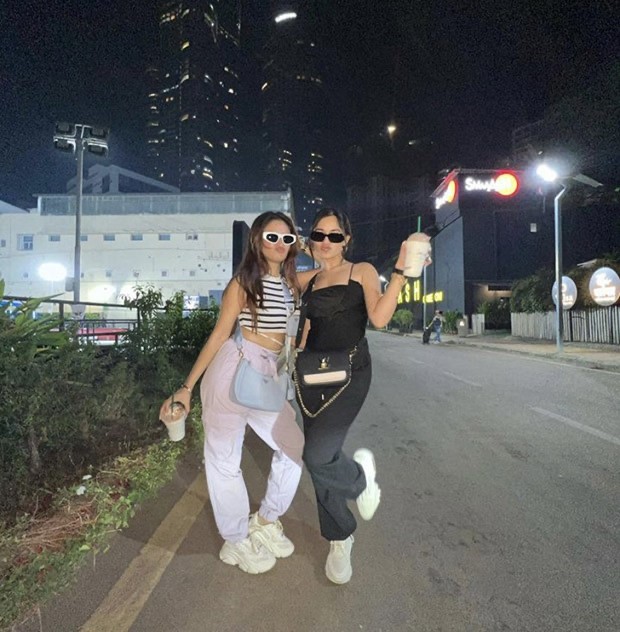 Meanwhile, Jannat is well-known for her roles in Kashi - Ab Na Rahe Tera Kagaz Kora, Phulwa and Tu Aashiqui. She also participated in the stunt-based show Fear Factor: Khatron Ke Khiladi 12. She kick-started her acting career as a child artist back in 2010 and Anushka started her acting career as a child actor in 2009 with Yahan Main Ghar Ghar Kheli. She is best known for appearing in the fantasy show Baal Veer, and the historical TV series Jhansi Ki Rani. Apart from these, she featured in serials named Internet Wala Love and, Khatron ke Khiladi season 11, Devon Ke Dev...Mahadev. 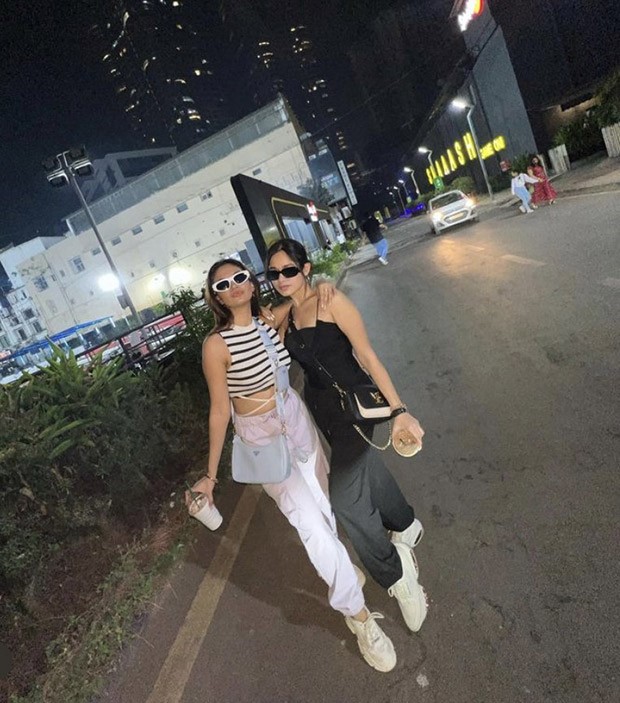 Also Read: Jannat Zubair looks no less than a princess in a white floral lehenga and see through dupatta