Jannat Zubair is the popular face of Indian television world, who started her career as a child artist. But she gained popularity in the show Phulwa. Her last TV show Tu Aashiqui was loved by the audience! 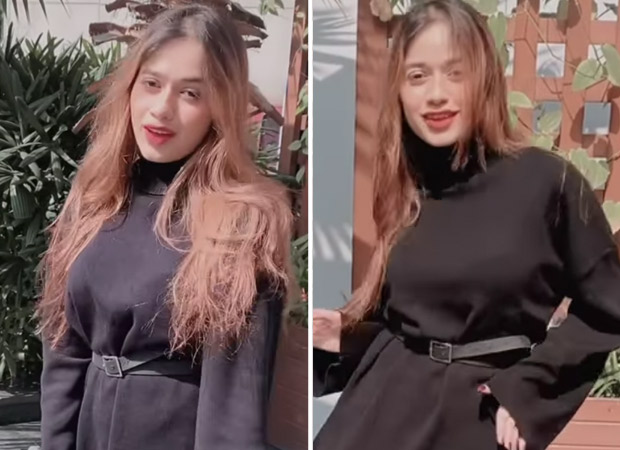 If you are a social media enthusiast, you must be aware of the fact how popular is Jannat Zubair on Instagram. Recently, she shared a reel on Instagram dancing cheerfully and giving pretty cute expressions to win our hearts. She was grooving to the beats of 'Sona Lagda' by Sukriti, Prakriti Kakar and Sukh-E.

For the video, Jannat wore a black bell bottom pants with black high neck sweater, paired up with a belt. Through her Instagram feed, we have noticed that she likes to keep her makeup very natural!

Recently, on the professional front, Jannat Zubair starred in a new music video ‘Carrom Ki Rani’ with Mr. Faisu which released a few days back and was shot in Dubai!

Also Read: EXCLUSIVE: “We are growing up together”- Anushka Sen on her bond with Jannat Zubair