The Farmers' protest at the Delhi border is one of the biggest protests in the country right now. Many celebrities, especially Punjabi artists have stood in support of the framers who have demanded the government repeal the recently passed Farm laws. 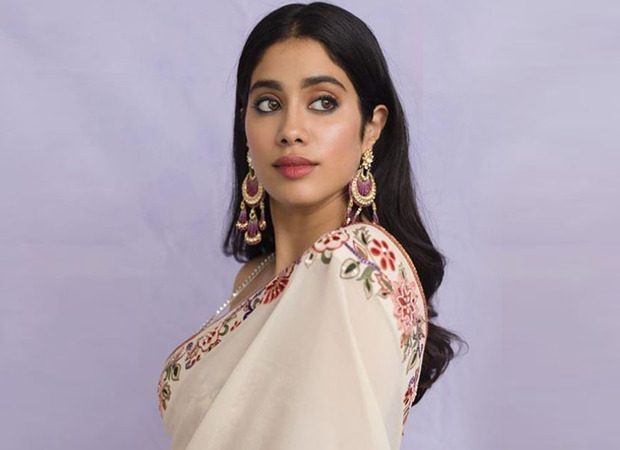 Now, Bollywood actress Janhvi Kapoor also took to her social media handle and spoke in favour of the protesting farmers. “Farmers are at the heart of our country. I recognise and value the role that they play in feeding our nation," she wrote in her Instagram stories.

“I hope a resolution is reached soon that benefits the farmers," she added. 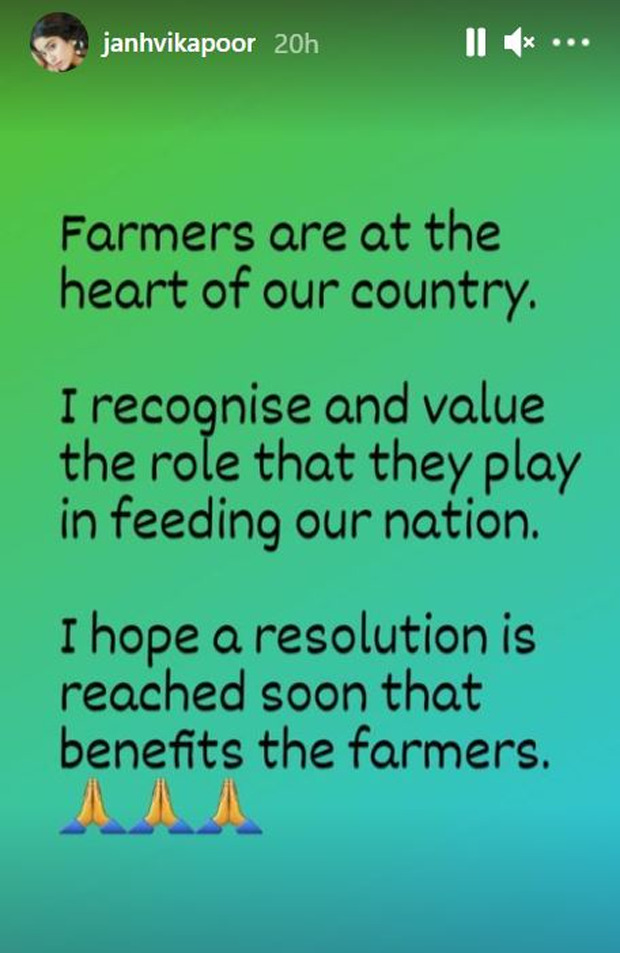 Meanwhile, Janhvi Kapoor is currently in Punjab where she starts shooting for her next film today. She started shooting for Aanand L Rai directed Good Luck Jerry in which she plays the lead. The film is the official remake of the Tamil film Kolamaavu Kokila. The film also stars Deepak Dobriyal, Meeta Vashishth, Neeraj Sood, and Sushant Singh in pivotal roles.