Last Updated 09.12.2021 | 6:56 PM IST
feedback language
follow us on
Bollywood Hungama » News » Bollywood Features News » Here’s everything Sonam Kapoor Ahuja has been doing to prep up for her role in Blind

Bollywood diva Sonam Kapoor Ahuja has been making headlines for her highly anticipated next. Titled Blind, the thriller is directed by Shome Makhija and bankrolled by Sujoy Ghosh. 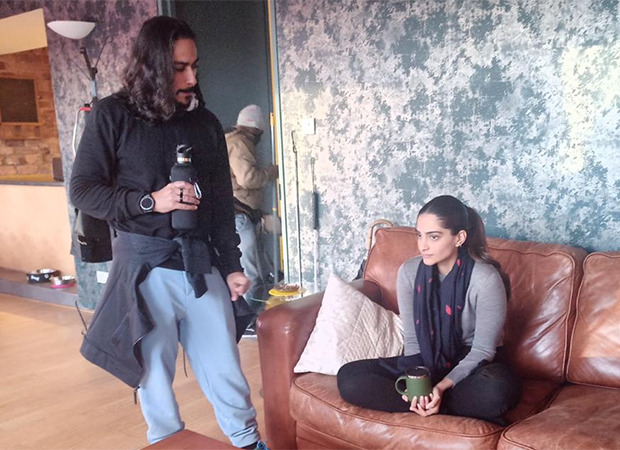 Spending her time prepping up for the film in Glasgow currently, it's for the first time when fans will see Sonam portraying the role of a visually impaired girl. The actress along with director Shome has been working diligently to get into the skin of her character. We even hear that she was trained by a blind coach for the film.

Apart from this, Kapoor has been on a very strict diet to maintain the required look for the film. Excited to resume shoot post the lockdown, she has been involved in various discussions and researches with the film's director. If insiders are to be believed, Sonam is really excited to be back on the sets and looks forward to once again begin the shoot soon.

Sonam Kapoor Ahuja was last seen in the 2019 release The Zoya Factor opposite Dulquer Salmaan. A staunch supporter of several causes and charities, the philanthropist recently came forward to support the United Nations World Food Programme in order to end hunger across the globe.

ALSO READ: Sonam Kapoor is all about power-dressing as she makes a sharp statement on the cover of Cosmopolitan