Janhvi Kapoor, whose schedule is super jacked thanks to a whole line of films that she has signed, has managed to sneak out for a holiday! Instead of flying to an exotic foreign location, she decided to explore the lanes of Varanasi this time, and is accompanied by a couple of friends. 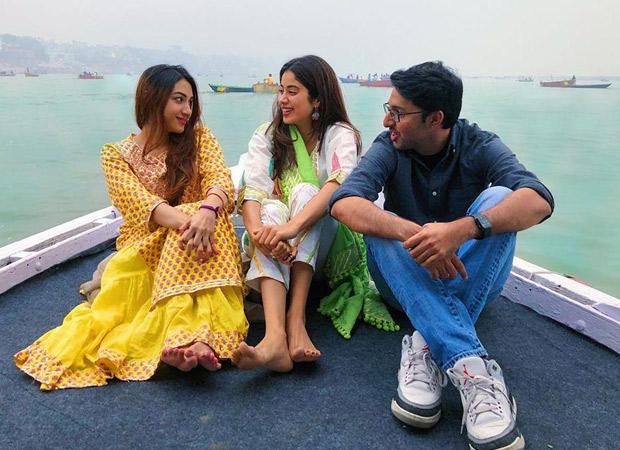 It looks like she is enjoying her trip thoroughly. She earlier shared a picture of herself posing in front of an old house in the city. Her latest update suggests she took a stroll around the Ganges river in a boat, and was indeed mesmerised by the beauty of the Varanasi ghats that are all decked up in the evening.  Check out the photos below.

On the work front, Janhvi has been presently shooting for Dostana 2, alongside Kartik Aaryan. She has already wrapped her first horror comedy Roohi Afza and IAF pilot Gunjan Saxena's biopic The Kargil Girl. In a while, she also starts filming for Karan Johar's much ambitious multi-starrer Takht and has also collaborated with father Boney Kapoor for the first time, for her forthcoming film Bombay Girl.