Janhvi Kapoor shared that her relationship with her half-siblings Arjun Kapoor and Anshula Kapoor changed and grew closer after she began spending more time with them. They also talked about the baggage they'd all carried in the past. The half-sibling’s relationship is now more organic and they get together frequently for dinners, not out of obligation, but out of a want to be a family. 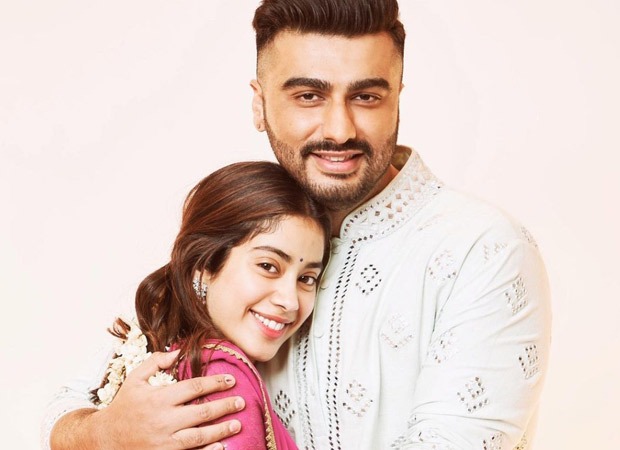 Janhvi Kapoor revealed her relationship with her stepbrother Arjun Kapoor: ‘That’s what family is’

In an interview with Harper’s Bazaar India, Janhvi has spoken out about their current relationship. She said, “I believe that there is not much you can count on in life…however, family is the one thing you can rely on. For me, that’s what family is. Security and consistency; it’s home.” Arjun and Anshula, are kids from Boney Kapoor's first marriage to Mona Shourie, while his second marriage to Sridevi, he has Janhvi and Khushi Kapoor. Barriers were swept aside after Sridevi's passing in 2018, and Arjun and Anshula stood by Janhvi and Khushi's side during the difficult period.

Janhvi Kapoor also discussed her feelings of safety with Arjun and Anshula. She said, “It’s not like we go to each other’s homes every day, or know every detail about each other’s lives. But I felt an instant security with Arjun bhaiya and Anshula didi, a feeling of comfort”.

They worked hard to strengthen their newly formed affectionate relationship, which did not happen overnight. “We started off by making plans over the first couple of months, but now we meet for family dinners every two or three weeks. It doesn’t feel like, ‘Oh, we must make an effort or we must meet’, there is a willingness to meet as a family. It feels much more organic now and I don’t know whether we are similar in terms of our personalities [even Khushi and I are very different from each other], but a lot of the baggage that we once carried was addressed once we spent time with each other.” added Janhvi.

Arjun, who was also a part of the same interview, said, “Family is comfort, you should be comfortable enough to just be with and around them. There should be comfort even in the fights or the anger, there shouldn’t be any fear. You should be able to be your true, naked self with family. That is why your friends are also your family because you can be yourself with them. It is a true bond, which matters a lot to me.”

Also Read: Bak Bak With Baba: Arjun Kapoor and Janhvi Kapoor reveal who is the annoying one amongst them