Janhvi Kapoor in her third venture is all set to portray the role of Gunjan Saxena on screen. Being the only new-age actress with over 6 upcoming projects in her kitty, Janhvi Kapoor has been killing it with just one film out. She will next be seen in Netflix’s Ghost Stories, post which she will continue shooting for Dostana 2. 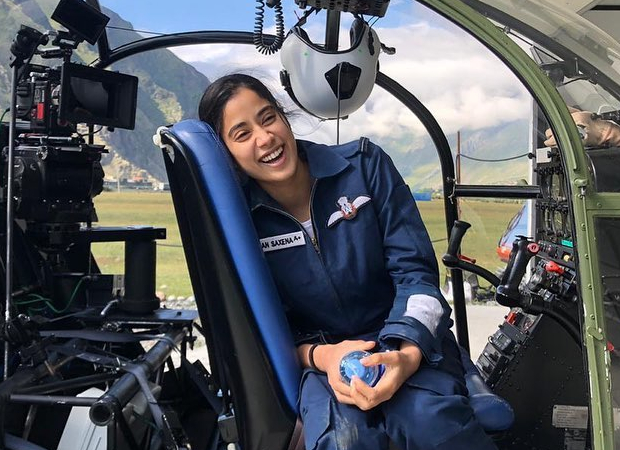 It was only recently that the posters of Gunjan Saxena: The Kargil Girl were released and this project is a very special one for multiple reasons. She posted a few candid pictures from the sets with the caption, “Spent two days trying to think of a caption that’ll do justice to what this experience has meant to me but nothing sums it up. It’s a film wrap and I feel blessed to have been on this special journey, and through it to find my best friend @sharansharma - like you say it’s all about the process; and I don’t think there will ever be one as pure, honest, adventurous and memorable as this one. Can’t wait for you guys to see it ❤”

Directed by her best friend, Sharan Sharma, Gunjan Saxena: The Kargil Girl is slated to release on March 13, 2020.