B- Town has always welcomed star kids with open arms. It is once again ready to welcome another set of star kids this year with Karan Johar’s upcoming production, Dhadak. The film marks the debut of late actress Sridevi and Boney Kapoor’s daughter Janhvi Kapoor. It also stars newbie Ishaan Khatter who is Shahid Kapoor’s brother. As the duo’s trailer released earlier this month, the fresh pair is pretty stoked to see the audience’s reaction to the Sairat adaptation. They are currently touring around the country promoting the film. 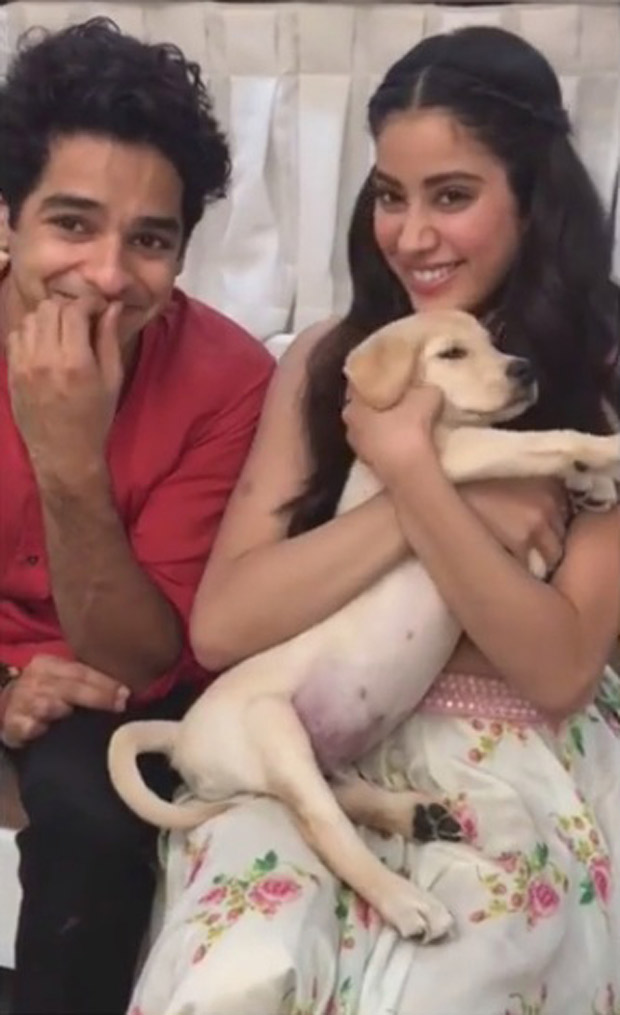 For promotions, Janhvi Kapoor and Ishaan Khatter visited the sets of India’s Best Dramebaaz on Tuesday and walked out of the set with a puppy. Well, the puppy joke goes way back when Dhadak trailer was released. In the trailer, Ishaan's character Madhukar asks Janhvi's character Parthavi for a kiss aka 'pappi'. To which, she responds saying "Puppy? Matlab kutte ka chhota baccha?" This instantly turned into a meme on the Internet. But, the newbies are pretty sporty about the whole joke and have turned this joke into the most 'paw-dorable' moment.

“Most people say, it’s rare that during promotions there’s a moment so real that it stays with you for life. We strongly disagree. Yesterday @janhvikapoor & @ishaan95 visited the set of India’s Best Draamebaaz and were showered with love and surprised with a ‘puppy’. A literal puppy! A moment for TV, became a moment in the lives of Madhukar and Parthavi. Ishaan & Janhvi fell in love with this little wonder and decided to take him home. The yet-to-be-named ‘Labrador’ is at his new home today with his older siblings - two feisty cats and we find that just paww-dorable! #Dhadak,” Dharma Movies Instagram wrote along with a video in which Janhvi is holding a cute puppy.

In the video, Ishaan is controlling his laughter while saying, "The most bizarre thing happened today. We walked into a reality TV set, India’s Best Dramebaaz and we are walking out with a puppy." Now, aren't these two hilarious?

Dhadak is the Hindi adaptation of Marathi blockbuster, Sairat. The original film starred Rinku Rajguru and Akash Thosar and was helmed by Nagraj Manjule.

Dhadak is produced by Dharma Productions and is directed by Shashank Khaitan. It follows the story of Madhukar and Parthavi and their fierce and unconditional love that fights fate. But as their love grew, so did their problems as their families reject their love. Dhadak also stars Ashutosh Rana and is slated to release on July 20, 2018.