Janhvi Kapoor made her debut with Dhadak and ever since, she has been the center of attention.  Last seen in the Netflix film Gunjan Saxena - The Kargil Girl, Janhvi managed to impress everyone with her acting skills and versatility. The actress is currently promoting Roohi but took a break to fly to Bangalore for a puja that was held for her late mother, Sridevi. 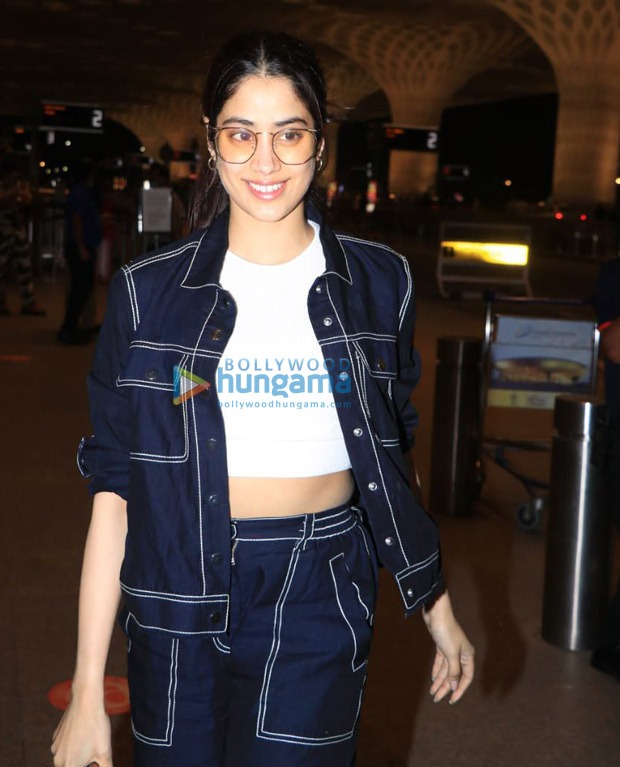 Last night, Janhvi Kapoor was spotted at the Mumbai airport returning from Chennai after completing a puja for Sridevi's death ceremony.

Janhvi was dressed in the most comfortable yet fashionable outfit. She was seen dressed in a full denim co-ord set. The denim outfit got the right amount of oomph with the white stitches as she completed her look with a white crop top. 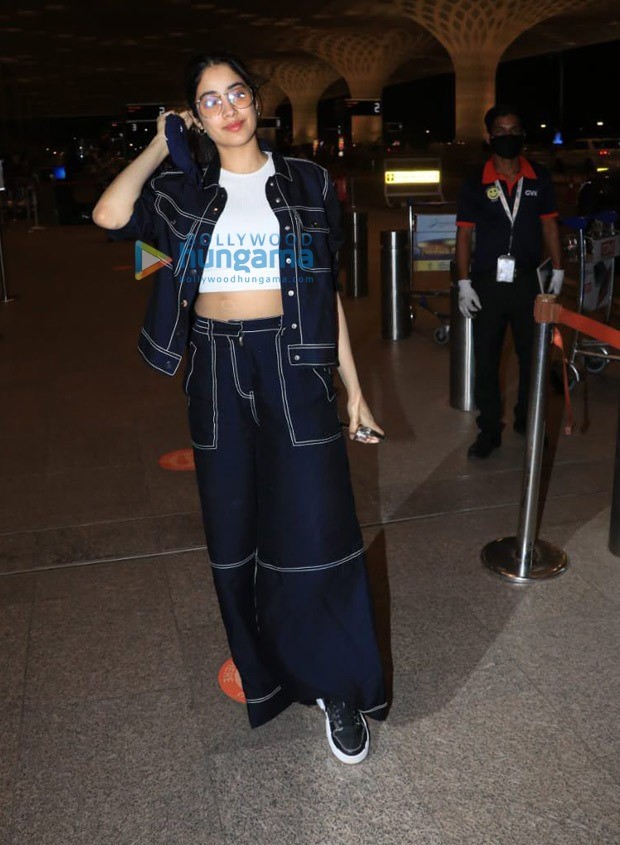 She styled it with black sneakers and glasses. She kept her makeup simple with her hair in a sleek ponytail. She didn't forget to wear a mask owing to the Covid19 pandemic. 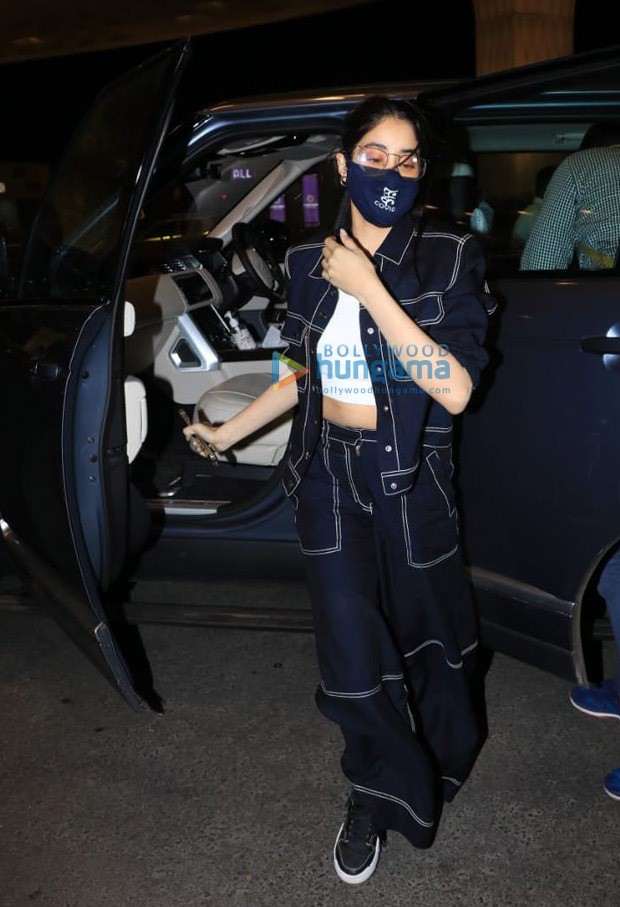 On the work front, Roohi releases on March 11.  Janhvi will begin the next schedule of Good Luck Jerry. It is an adaptation of the Tamil film Kolamaavu Kokila starring South star Nayantara.

Besides this, Janhvi also has Dostana 2 with Kartik Aaryan and Lakshya.

Also Read: Janhvi Kapoor says she took up Roohi to prove herself as an artiste