Janhvi Kapoor clearly doesn't buy the idea of all work and no play. Hence, whenever she squeezes some time out of her busy schedule, she takes a break. And no points for guessing that New York has become her favourite destination these days. After all, that's where her younger sister Khushi Kapoor lives now. 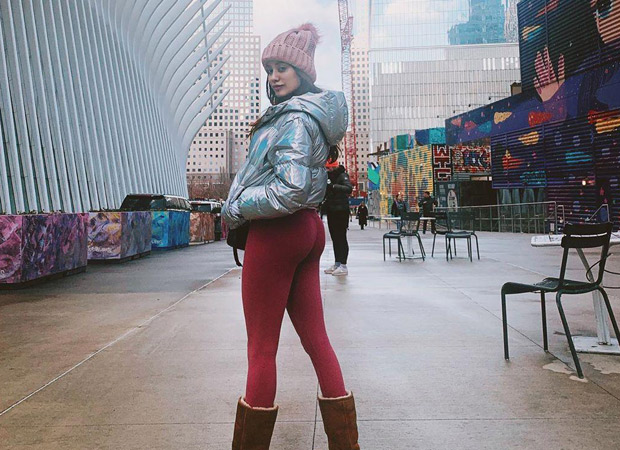 The two sisters are chilling in NY like boss-ladies. Janhvi took to Instagram to share a picture of herself in the big apple. She is seen wearing red pants and a pair of boots while she also flaunts her stylish grey jacket. We're guessing Khushi turned photographer for this one.

Upon returning to India, the actors dives back to work. She is presently shooting for Dharma Production's Dostana 2, alongside Kartik Aaryan and debutant Lakshya. Last seen in Netflix' Ghost Stories, she will be next seen in The Kargil Girl, the biopic of IAF's first on-combat female pilot Gunjan Saxena. She has finished shooting for her first horror comedy Roohi Afzana, and is also set to collaborate with father Boney Kapoor for the first time, for Bombay Girl.