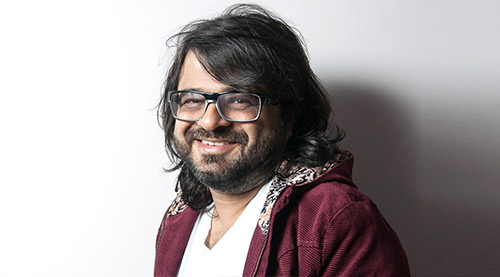 Music composer Pritam is riding high on the wave of super success, since he's working with the top three Khans viz., Aamir Khan, Salman Khan and Shah Rukh Khan in their upcoming films. If that wasn’t enough, two songs of Karan Johar's Ae Dil Hai Mushkil (that he has composed) have taken the world of music by a storm. In a Bollywood Hungama exclusive with Content Head (Broadband) Faridoon Shahryar, Pritam speaks about the music of Ae Dil Hai Mushkil, Tubelight, Dangal, The Ring and Jagga Jasoos. It's a Bollywood Hungama exclusive. Don't miss it!

Karan Johar, in an interview with ‘Bollywood Hungama’ recently said that music is the most integral part of the contributing factor to the soul of Ae Dil Hai Mushkil. Two songs (‘Ae Dil Hai Mushkil’ and ‘Bulleya’) have simply carved a very important place in the hearts and minds of millions of people all across the world. Have you received such an unprecedented response to the music of any of your films before?
I agree with you. I’ve done so many films. I’ve seen lots of hit songs in my life, starting from ‘Dhoom Machale’. Iss gaane (‘Ae Dil Hai Muskhil’) ka speciality yeh tha ke industry insiders se itna praise mila. Karan Johar liked the song very much. Whenever I used to meet Adi, he said that he liked the song. While Aamir Khan and Shah Rukh Khan tweeted about the song, Mukesh Bhatt called me. I don’t think Mukeshji has called me for any song earlier. That’s good - the reaction that came from industry insiders.

How many songs feature in the Ae Dil Hai Mushkil’s album?
In all, there are five songs. Four are on Ayan’s (Ranbir Kapoor) singing career. I thought there are only 2-3 voices in the industry who can sing all the songs. Out of those, Arijit Singh is closest to me. And because the film required specifically one voice, the title song was sung by Arijit. Besides that, there’s one dance song that has also been sung by Arijit.

You also have Dangal, which is coming up with Aamir Khan. I believe there is one promotional song which has been recorded and shot on Aamir Khan. Can you please tell us something about the music of Dangal?
I’ve signed an NDA. That’s why I cannot talk about it. 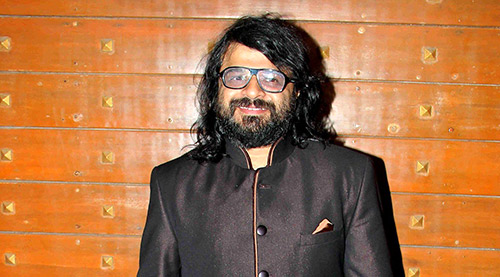 After Bajrangi Bhaijaan and Phantom, you are now doing Tubelight with Kabir Khan. How has been the experience?
Kabir Khan is a friend and it’s always fun to work with him. The one compliant that I have about Kabir is that he doesn’t make love stories. Since Tubelight has no love angle, there are no love songs. Even Bajrangi hardly had any love angle. So was Phantom. So was New York (laughs). I keep telling Kabir Khan that he should have love songs in films, because, his films have become very challenging. It’s easier to score rom-coms because love, dance, happiness are very common emotions.

Anurag Basu was sitting with you a short while ago for Jagga Jasoos. Please tell us something about the film.
(Sighs!) I think Jagga Jasoos is the most difficult film I’ve worked on because there’s no precedent. Anurag Basu makes films which has no precedent. In Barfi also, the protagonist baat nahi karta hai, toh maine kaha hero baat nahi karta and heroine also doesn’t talk.  Aisa koi precedent hi nahi tha. English mein bhi tha ki nahi mujhe malum nahi tha. Broadways mein bahut aaya hai, but detective film mein Broadway, I don’t think that has happened or not. Thoda love story ho jataa, toh acha ho jaata. I can’t divulge too many details but I know something special is brewing.

You also have Ring with Imtiaz Ali and Shah Rukh Khan. How is the film shaping up? Imtiaz Ali has a tremendous ear for music.
This is the question I don’t know. I can’t tell you anything about the music, unless it goes into the mastering stage.

I believe that they had shot some song in Prague recently with Shah Rukh Khan.
That’s exactly what I am saying. Unless it comes out, you don’t even know about the songs. The film is releasing next year. Tab tak kya ho jaayega, gaana change ho jaayega, situation change ho jaayega, I don’t know.

How was your experience of working with Aamir Khan for Dangal?
Oh! That was lovely. Aamir Khan is an absolute pleasure to work with because he actually understands film making so well. Dangal’s music is very apt to the script and Aamir Khan is so true to the film.