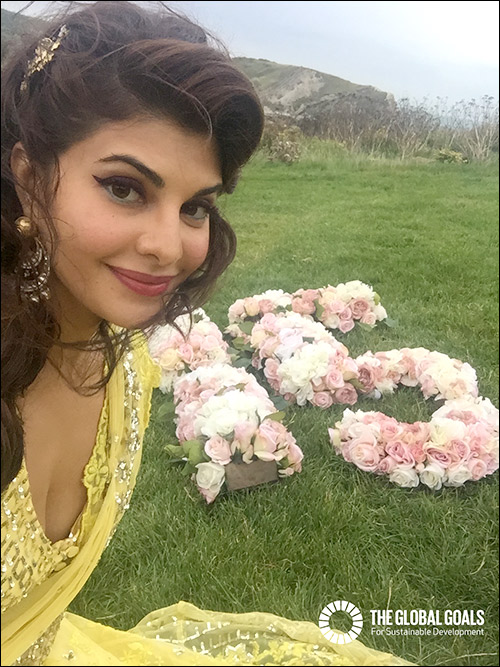 Bollywood belle Jacqueline Fernandez became the first Asian female personality to get behind the #dizzygoals challenge in support of a major campaign launching this month to make the new Global Goals for Sustainable Development famous. The Global Goals are a series of ambitious targets to end extreme poverty, fight inequalities and tackle climate change for everyone by 2030 and will be agreed by 193 world leaders at the United Nations General Assembly.

Jacqueline's on point goal brings home the message that world leaders shouldn't themselves miss the goal posts when signing up to the new Global Goals for Sustainable Development later this month.
Akshay Kumar also took the challenge in Dorset, however, the #DizzyGoals challenge left India's undisputed action hero no less than dizzy!