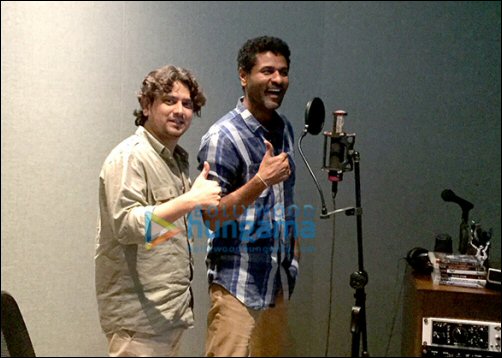 From Salman Khan to Alia Bhatt several Bollywood stars have won our hearts by crooning some really melodious numbers in the recent past. And there's another celeb who is all

set to make his singing debut with Singh Is Bliing, it's none other than director-actor Prabhu Dheva.

It seems he was working on the background score of the film with music director Sandeep Shirodkar for the introduction to the Goa sequence in the movie. And Prabhu Dheva recorded the vocals for the

same as a reference for Sandeep.

Kumar and Amy Jackson in lead roles, Singh is Bliing directed by Prabhu Dheva is all set to release on October 2.