Flip the Switch challenge has taken over the internet. Some of the biggest celebrities like Jennifer Lopez and Alex Rodriguez, Emily Ratajkowski and Josh Ostrovsky, Senator Elizabeth Warren and comedian Kate McKinnon among others have participated in the viral Tik Tok challenge. And now, K-pop's biggest stars Jackson Wang and Yugyeom of GOT7 have taken part in the challenge and well, the result is adorable and hilarious at the same time. 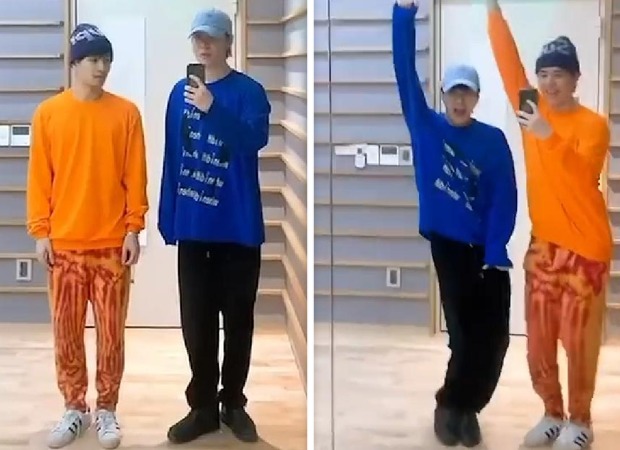 Korea Dispatch shared a video on their Instagram story of Jackson Wang and Yugyeom just swaying and showcasing their go-to dance move. Jackson is dressed in an all-orange outfit (ORANGE BOY) with a beanie whereas Yugyeom is donning blue jumper with athleisure pants. The flip part makes it hilarious since Yugyeom vibing in Jackson's bright clothes is peak comedy.

GOT7 is gearing up for their comeback album 'Dye' with the lead track 'Not By The Moon' dropping on April 20, 2020, along with the music video. So, Aghases/iGOT7, gear up!

ALSO READ: GOT7 reveals tracklist for ‘Dye’ and 10 songs seems to be in order of how Romeo and Juliet’s story unfolds