Following the live performance on 'Cruel' at Coachella 2022, Chinese singer-songwriter and popular Korean band GOT7 member Jackson Wang has released the music video for the song from his upcoming album, Magic Man.  The global pop star continues his reign in pop space serving music that he truly believes in. Following several solo releases over the course of the past two years, group music with fellow band members of GOT7, and a surprise mixtape Lost & Found this year, the 27-year-old musician is on the way to dropping his full-fledged solo album. Ahead of his album release, Wang has displayed his evolution in his music and visuals through the music video for the single, 'Cruel'. 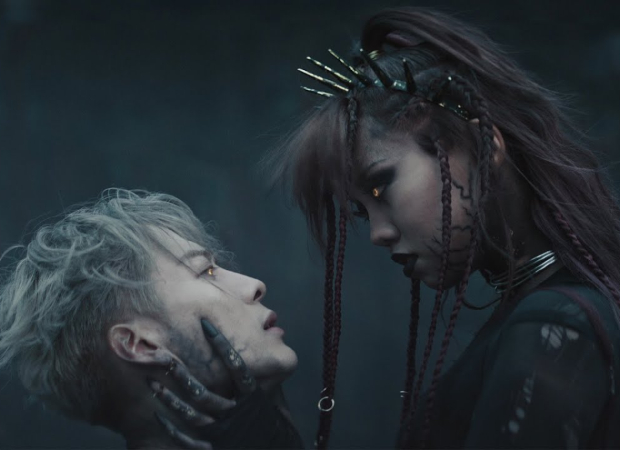 The music video, which has been creatively directed by Wang himself, narrates similar storyline as 'Blow' of forbidden romance in the supernatural themed set up where he is possessed by these powers and has to face off temptress but continues to be drawn by her presence. The choreography is a blend of acrobatics, smooth emotive dance moves especially the key point of Jackson playing the guitar riffs on a woman which was viral on the internet during Coachella set too. Talking about being drawn to his love, he croons, “I’m coming back to you / So I really hope that you don’t mind / I know you want me, too / Even though you’re not mine / You got that look in your eyes.” The guitar riffs with grunge-pop music, dark edgy sonically brings a new flavour to Jackson's music.

There's often been a theme of supernatural elements in Jackson Wang's videos and it comes from his love for 90s Hong Kong movies. Be it '100 Ways', and 'Pretty Please', he's moving onto a new era and this larger-than-life music videos are very much what Jackson Wang's evolution looks like.

Magic Man will drop sometime this year and if the reports are to be believed, it might drop in September 2022.