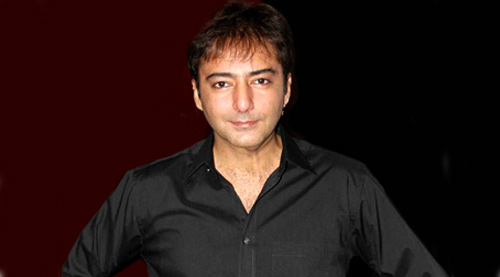 Kamal Sadanah has had an extensively tragic life. In 1990 when he was just 19, his father the well-known filmmaker Brij Sadanah (of Victoria 203 fame) shot his wife and daughter dead.

The son was spared. But Kamal has lived with the tragedy all his life.

The wounds have just about healed though, thanks to his wife and children and now there's a career as a director that Kamal looks forward to.

Says Kamal, "I've tried to put whatever happened behind me. My wife and my two children have been a great support in the healing process. I got married on the first day of the year 2000 to a make-up lady Lisa. She had never done my make-up (laughs). But she made-over my life. I met her at a pub. She changed my life. She gave me two beautiful kids who are now 10 and 8. Through them I'm re-living my own lost childhood. I recently took them to Disneyland. I don't know who had more fun. Them or me."

Kamal Sadanah who made his debut as a leading man in 1992 with Rahul Rawail's Bekhudi is now ready to embark on a new phase in his life as a director. He has shot and completed Roar, a film about the tigers of Sundarbans.

Kamal says he was fascinated by the whole culture of Sundarbans. "It is like a whole universe for the animal kingdom. Sundarbans is like our own Amazon. I decided, why not direct a thriller set in Sundarbans?"

It took Kamal Sadanah three years to complete Roar: Tigers Of The Sundarbans. And no, the film is not inspired by the success of Ang Lee's Life Of Pi.

Says the actor, producer (Kamal produced a remake of his father's blockbuster Victoria 203 in 2007) and now director, "Life Of Pi was nowhere on the scene when we started on Roar. Before that I went to learn direction in New York came back and started work on this film."

Kamal Sadanah says it was a relief to go from acting to direction. "It's nice to be the painter and not the paint. Roar has consumed my attention for three years. I've watched it grow in front of me just, like my own children. If marrying Lisa was the best thing I did then making Roar would have to rank as the second-best move in my life. It's a relief to leave my acting career behind. My heart was never in acting."