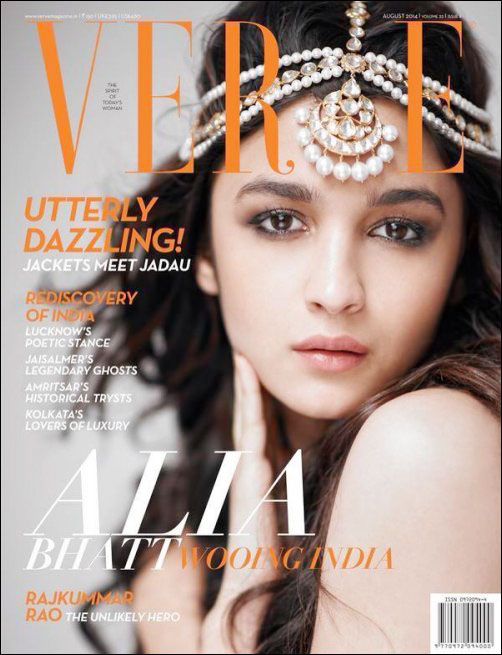 Alia Bhatt has been on a roll ever since the release and subsequent success of her debut film Student of the Year (SOTY). Now all of four films old, (SOTY, Highway, 2 States and Humpty Sharma Ki Dulhania) with each of the films making it big at the box office, Alia Bhatt is by far the most sought after actress in Bollywood. Thanks to this, it's no surprise that fashion magazine Verve features her as their cover girl for the month of August.

Featuring Alia as the magazine's centre spread, the glossy features an article on her aptly titled, 'Alia Bhatt, Wooing India'. While for the cover shoot the magazine features a close up mug shot of the actress, accessorized with just an ornate matha pati. However, apart from Alia Bhatt the latest issue of the magazine also features articles on the 'Unlikely Hero' Rajkumar Rao, and travel pieces on rediscovering India.